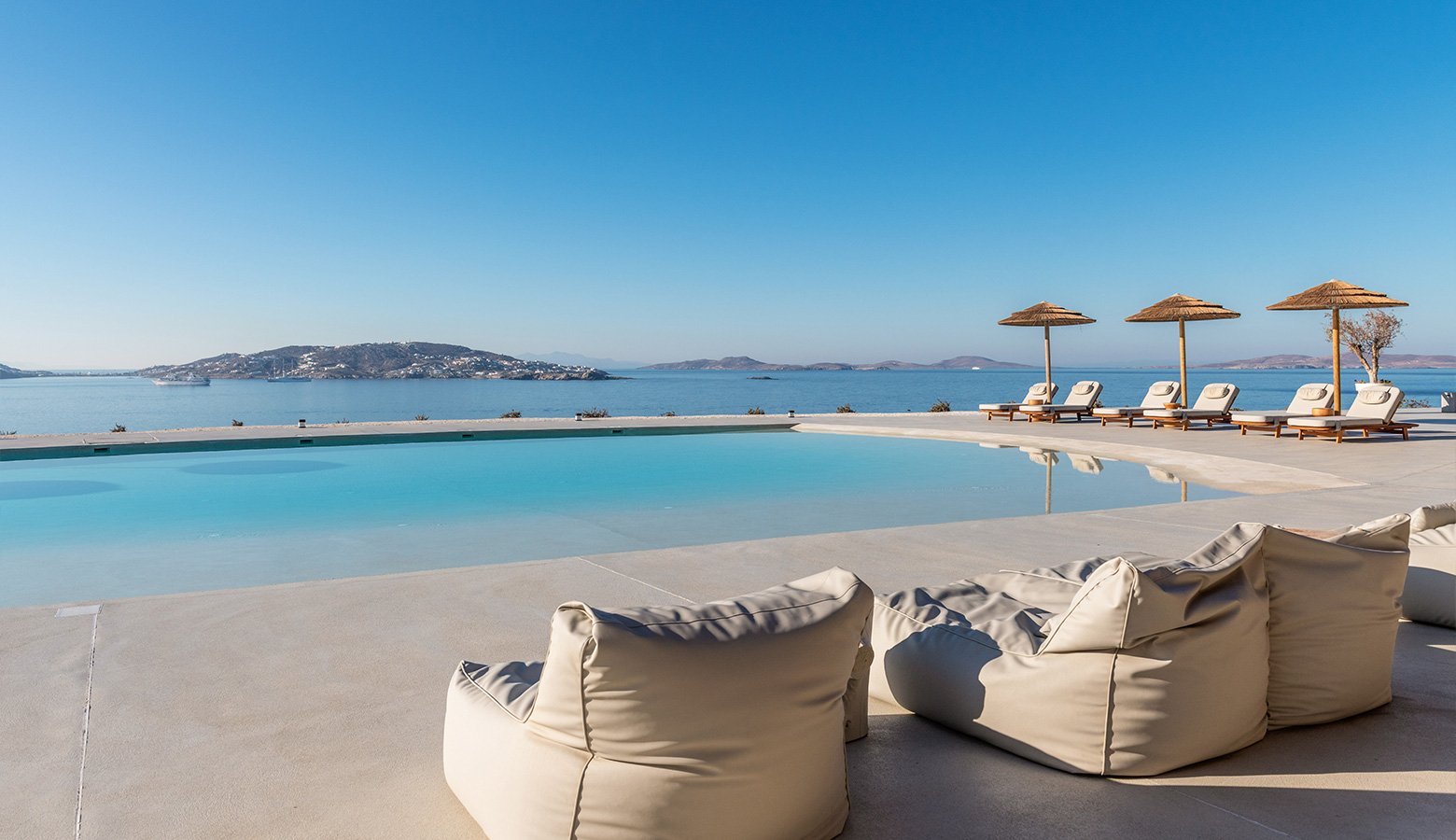 Spanish holding company Pacha Group announced the opening of its first hotel outside of Spain in June 2021. Besides, the location of this new complex is one of the most paradisiac places in Europe, the Greek island of Mykonos.

We can all agree that Pacha offers the best fun, luxury and quality of the class. The Pacha Group started its activity back in 1967 with the first Pacha club in Sitges, and the rest is history. Now the Pacha group own 10 clubs around the globe and many hotels. The success of this brand is so big that they even have a .

The Pacha Group did not stop with the clubbing scene, they jumped into other businesses like entertainment, fragrance, fashion, and hospitality. The company started offering lodging on the magical island of Ibiza with The Pacha Hotel. Now, Pacha will land in Mykonos, Greece, with a new luxury resort.

Ibiza and Mykonos have many things in common, both are party capitals and picturesque islands. The brand new Destino Pacha Mykonos hotel will comprise 34 guestrooms, including six sea-view suites. Besides, the quality and luxury of the place are assured. The bedrooms will feature tiled floors and withe-washed walls, coupled with natural wood, stone, linen, and an abundance of glass to open up the views across the breathtaking Aegean Sea.

On top of the main hotel, the restaurant, and the bar will make the resort stand out as one of the best places to stay in Mykonos. In addition to the magnificent swimming pool, another of the resort’s attractions will be the wellness program. A wonderful plan to end the day after a long day of partying and exploring the island.

News does not stop here, Destino Pacha had another surprise for the fans. The group will also bring Lío, its cabaret dining experience, to Mykonos, Greece. It is a new addition to the pop-ups in London and Sardinia. But this time, the concept is going to Mykonos on a permanent basis. Lío will fuse burlesque displays, circus performances, and gastronomy in an exotic and delicious experience.

‘Destino Pacha Mykonos will be our first hotel outside of Spain and its opening is an important milestone in the evolution of Pacha. The low-key party vibe of this beautiful Greek island chimes perfectly with our birthplace and the opening of Destino, alongside Lío, is a fitting kick-off to our international expansion.’