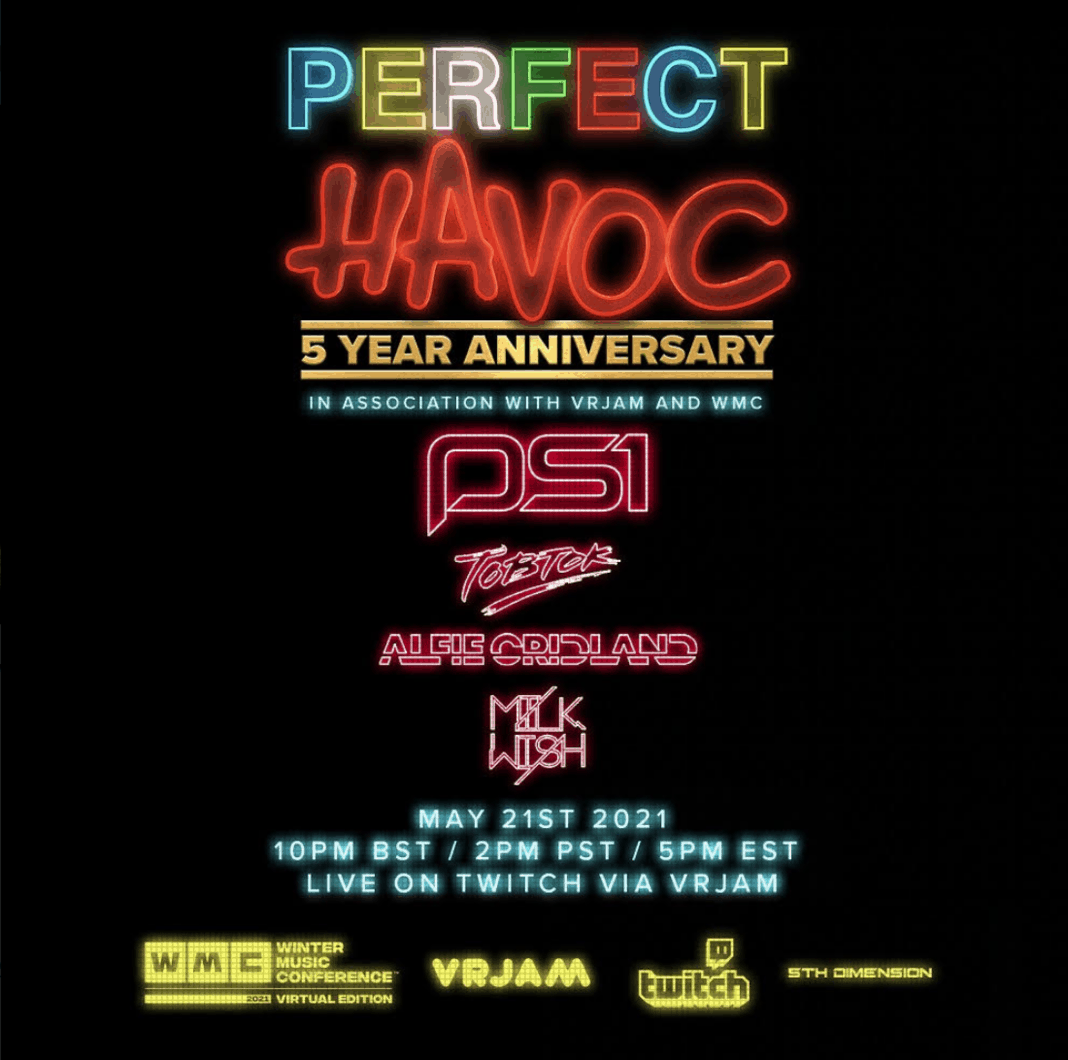 The London-based independent record label, Perfect Havoc has a year of celebratory activities planned throughout 2021 as it marks its 5th anniversary. The celebrations kick off with an exclusive label showcase on Friday 21st May at the first digital edition of the Winter Music Conference (WMCV). Provided by VRJAM and its content platform 5th Dimension, the livestream uses VRJAM’s proprietary VR technology to combine stunning 3D graphics, special effects and lighting in one of the coolest virtual clubbing experiences on the internet. The Label Showcase will feature an international bill of performances from Perfect Havoc’s chart-topping roster, including Polish DJ and producer Milkwish, UK breakout talent Alfie Cridland, New York‘s PS1, and longtime label signee, Swedish artist Tobtok. Join the party from 2pm-4pm BST on Twitch at: http://www.twitch.tv/5dxr

The label is responsible for breaking the UK producer Joel Corry who received three Brit Award nominations this year for Best Newcomer, Best Solo Male, and Best Single; ‘Head & Heart’ with MNEK. That marked Perfect Havoc’s first official UK No.1 single (in partnership with Asylum/Warner) and went on to sell over 1 million copies and become the longest running UK No.1 single in 2020. Perfect Havoc’s catalogue also includes the hits, Joel Corry x RAYE x ‘BED’ (No.3), Joel Corry ‘Lonely’ (No.4), Joel Corry ‘Sorry’ (No.8) and a top 20 track with PS1 ft Alex Hosking ‘Fake Friends’ (No.19).

Further adding to the 5-year celebrations, Perfect Havoc – also a management agency with publishing arm, Organized Chaos, is set to release a digital compilation later this summer and an exclusive limited edition vinyl, which will feature a selection of tracks that document the label’s journey to date. Also expect a celebratory club event in London later in the year with many more celebratory activities. Keep an eye on www.perfecthavoc.com for all the latest updates.