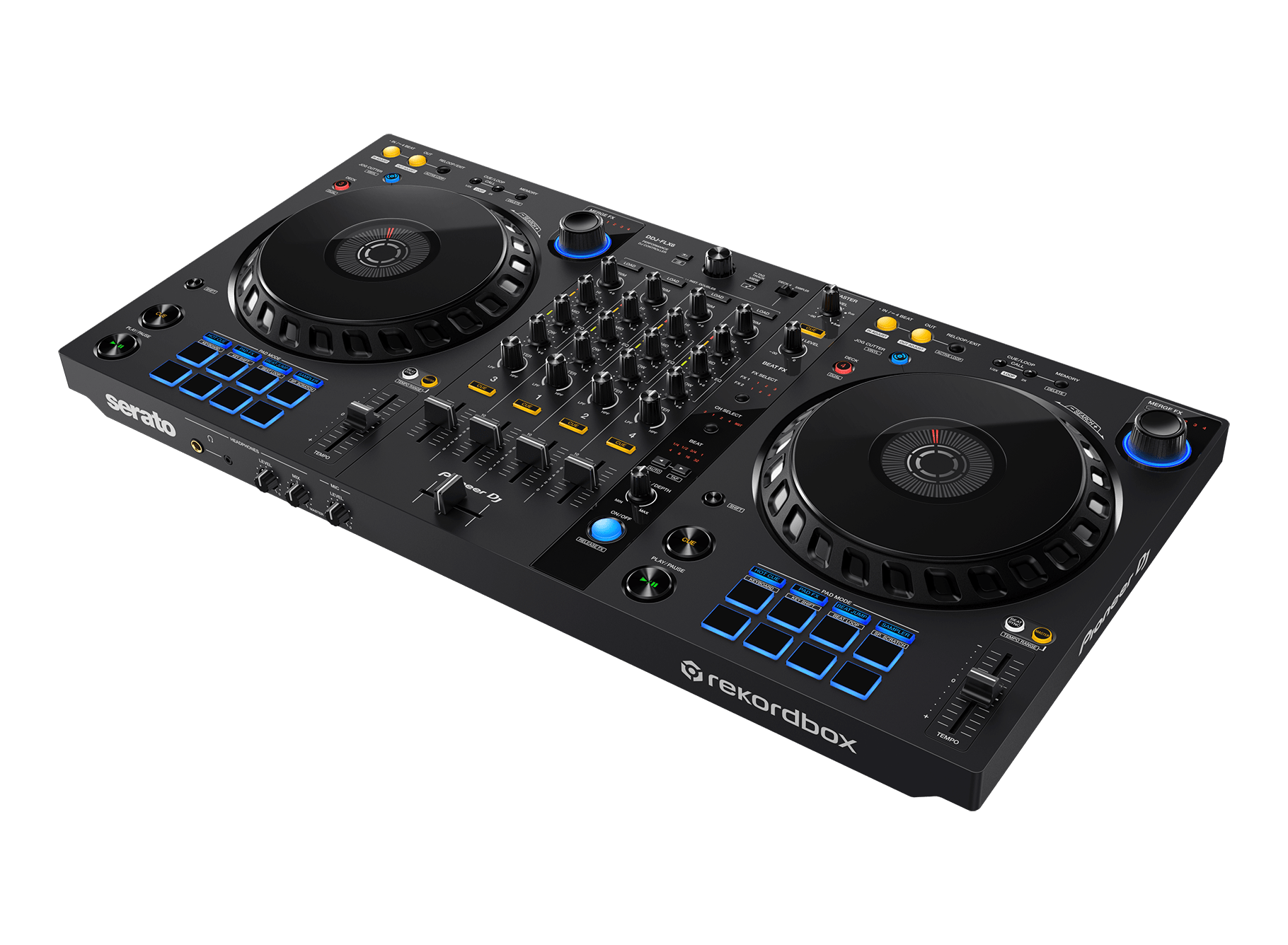 Pioneer just announced the release of the DDJ-FLX6, a new controller in their vast gear offer. The new unit will be able to control Pioneer’s software Rekordbox DJ and Serato, offering DJs the luxury of 4 decks mixing for $600.

New features come with the DDJ-FLX2 with the main one being the Merge FX function. DJs will be able to transition from one track to another using pre-automated Merge effects to make the transition smoother. This will allow DJs to change genres or have smoother transitions with these automated effects. The effects can be tweaked and modified on Rekordbox to make them more personalized.

Another useful, yet controversial feature is the one offered but the jog cutter. The DDJ-FLX2 will allow DJs to create realistic scratch effects, which uses scratch patterns to mimic crossfader cuts. Basically, you will be able to scratch using just the jog wheel alone. Regarding the jog wheel, they come in an impressive full size in the DDJ-FLX2, with an on-screen jog, similar to the CDJ 2000s rather than the colored screen of the .

In addition, we find some classic Pioneer features and buttons. The DDJ-FLX2 comes with eight performance pads per deck with Hot Cue, Pad FX, a dedicated filter per channel, a mic input, and more. You can find all details here.

Pioneer’s DDJ-FLX2 will be available at a cost of $600, a less pricey deal for those who prefer not to go for the stand-alone RX2, but want something more sophisticated than the DDJ400 and have 4 channels to use.