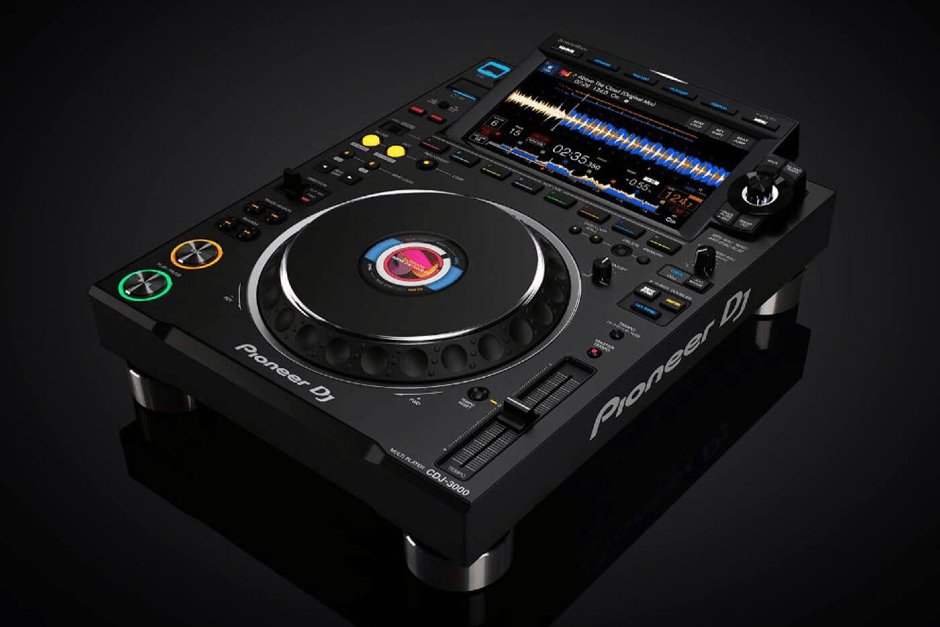 Pioneer, one of the leading brands of the DJing industry, revealed a new edition of its star product, the CDJ 3000

AlphaTheta’s company Pioneer DJ has provided the industry-standard DJ player around the world. Now, the new CDJ 3000 is ready to occupy that place in the DJ’s riders.

Amongst the innovative features, we can find eight coloured hot cue pads and a newly designed jog wheel. It also contains a jog display, dedicated Beat Jump buttons, extra loop buttons for four and eight-bar lengths, and a new aluminium faceplate.  The new player also got rid of some features like the optical CD drive. Moreover, it now has a bigger and brighter nine-inch touchscreen.

In order to govern the player, there’s a new MPU processor. It is much faster, more stable, and sounds better. As always, Pioneer DJ also looked forward to providing both firmware and software updates easily. Atop that there is a new Key Sync button which lets you automatically mix harmonically for tracks that have been analyzed by Rekordbox.

Including a powerful processor in the player will let Pioneer offer new functions that weren’t possible before. Amidst the first advantages, users will enjoy faster loading of tracks and hot cues, higher quality key shifting, and tempo stretching. Topping off, there’s a touch preview, touch cue, and Stacked Waveforms.

If it works, do not change it. Keeping its successful recipe, Pioneer DJ followed the traditional CDJ layout already familiar to current users. It has eight coloured hot cue buttons, four more than on the previous range. In addition, a new position placing them underneath the screen to align with the waveform. Another interesting feature is the dedicated beat jump button. This useful addition will let you quickly move around a track.

could not cut expenses on manufacturing materials. The new player displays a premium aluminium faceplate that replaces the plastic of the 2000. Loop fans will be more comfortable now as users will be able to loop four or eight bars with a single button press.

The Jewel in the Crown: New Touchscreen

The screen is a huge improvement on the previous model. It is way brighter and also offers a better resolution of 720p. These tweaks result in a much cleaner, clearer, and more useful screen. Above the player, you can also find new buttons for Playlists and Searching. However, it’s worth to keep in mind it’s not multi-touch.

The Touch Preview feature will also be a game-changer. Users can now preview a track directly from the browser without loading it into a deck. You only have to touch and hold the waveform in the browser view to hear the track in your headphones.

As alwas, you can find the typical RCA output, SPDIF for digital signals and new gigabit ethernet port. This new element allaws you to play from a single USB across up to six players. Besides, a new locked power cable avoids one of the DJs most common nightmares, to lose power mid-set.

The new Pioneer CDJ 3000 will cost €2,399 in Europe. In the United States, the price is slightly lower, being $2,299, and it’s available now. If you want to discover more details about the new DJ player by Pioneer, make sure to check DJ Mag’s video below.