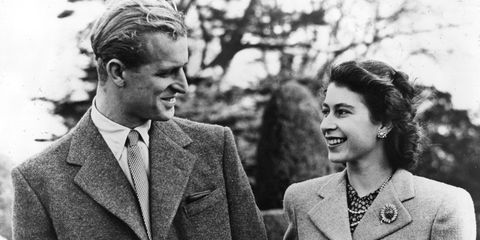 By now, you have heard about the death of Prince Philip. In today’s world, it wouldn’t be complete without becoming a meme or a dance trend. To elaborate, people around the world have incorporated his death announcement into a trend on TikTok. Dozens of people have interjected songs with the announcement.

Some actually have quite a catchy tone to them, with one being to Alan Fitzpatrick’s techno theme “We Do What We Want”. And oh did we. The husband, and cousin, of Queen Elizabeth II, has an incorrigible past with disturbing statements like “wanting to be reincarnated as a deadly virus to fix the overpopulation problem”.  BBC Radio 1 still flooded everyone’s ears about it. But for us, the way to spread the news is to make it a viral mash-up. So, the good people with a knack for mashing up different pounding dance tracks went wild. All bets are off on TikTok–news spreads like wildfire; faster than the plague.

The former monarch has even garnered his own hashtag: #princephilip. The videos come in many tones, offering insight into his life. The memes add extra laughs and oh-em-gee, and sometimes awkward moments. Find the hashtag and see for yourselves. Currently, the app is successfully creating brand awareness for a multitude of people. During the pandemic, it served as entertainment, outlets for creativity and therapy, and much more. Today, 11 trends stand tall including marketing, replacing television for Gen Z, emphasizing what you can do at home, and watching your favorite celebrities be human. Hashtags have never become more popular, as they used to be with Twitter. Old songs are getting recognition, while others introduce new songs or sample bits that become even more viral. Cringy relationship destroying trends are phasing out along with Would You Rather money-grabbing schemes.