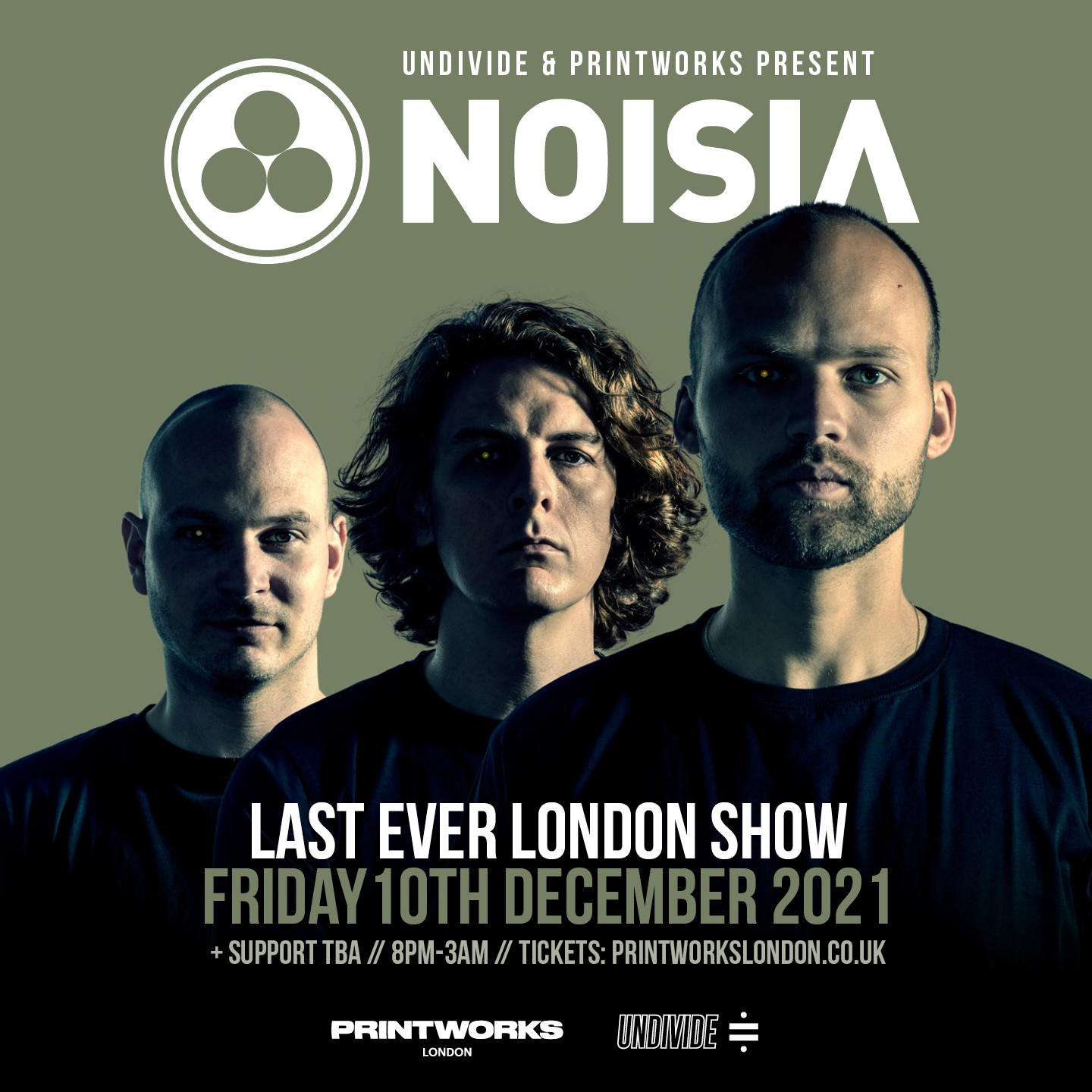 Printworks has announced that the venue will host Noisia’s final show in London on December 10, 2021. Un the last 20 years, Noisia has played many shows in the UK, making it one of the places they cherish most.

“The UK and London have meant so much to us over the past two decades,” Noisia said in a Twitter post. “This is going to be something very special!!”

In September 2019, Noisia told fans via Twitter that they planned to split up at the end of 2020 after traveling around to see all their fans. However, as the drum & bass trio began their farewell shows, things came to an abrupt halt as a result of the COVID-19 pandemic. Alas, they are finally back to wrap up 2021 and have plans to stop in locations including Groningen, Tilburg, Amsterdam, Porto, and Insomniac’s Escape Halloween (San Bernardino). London is Noisia’s final show announced to date.

Earlier this summer, Noisia collaborated on ‘Supersonic (my existence),’ a major track with Skrillex, Josh Pan and Dylan Brady from 100 Gecs. The tune introduces listeners to a – something Skrillex is doing with a lot of his recent releases.

One of the most well-known tracks by Noisia is ‘Dead Limit’ with The Upbeats. This piece is a bass song for the ages and is a popular banger DJs still drop in their sets.

Keep an eye out for Noisia and stay updated on their final plans by visiting noisa.nl.