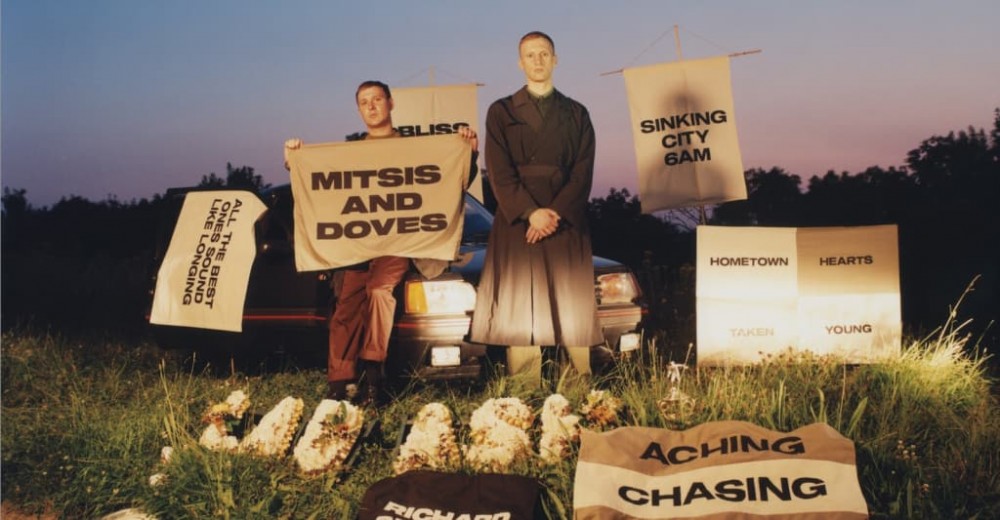 Real Lies know the pain of having to curtail a big night out because the bell for last orders has rung and everywhere in the surrounding area has closed for the evening. “Since I,” the duo’s latest single, taps into the ever-decreasing circle that is inner-city nightlife with acute observations about late nights that bleed into early mornings gathered around the aux cable as a friend’s place becomes the de facto club and what that says about the “shut down town” they call home. It may be London that they’re talking about but it’s a feeling that resonates globally.

The “Since I” video runs with the theme of hedonists with no place to go as a young couple explore ourdoor spaces in search of a place to come up. Real Lies, Kevin Lee Kharas and Patrick King, stalk the visual, too, appearing in fleeting moments as the euphoric yet mournful pop song explodes. This latest track paves the way for the duo’s second album, due in 2022.

Speaking about the track, vocalist Kharas writes: “‘Since I’ is an airborne late-night odyssey guided by something just out of reach. It’s about burying yourself beneath words and warm bodies in an endless search for the right ones. It’s by and for Tom Watson, whose voice haunts this song which he wrote with us before leaving Real Lies for pastures new. The unbearably sensual video is by Grant Armour, who we thank and applaud. RIP all the lost bar rooms and basements.”

In addition to “Since I,” Real Lies have also announced a UK and EU tour, including their biggest London headline show to date. Check out the full schedule below.

Thumbnail image courtesy of Will Grundy.