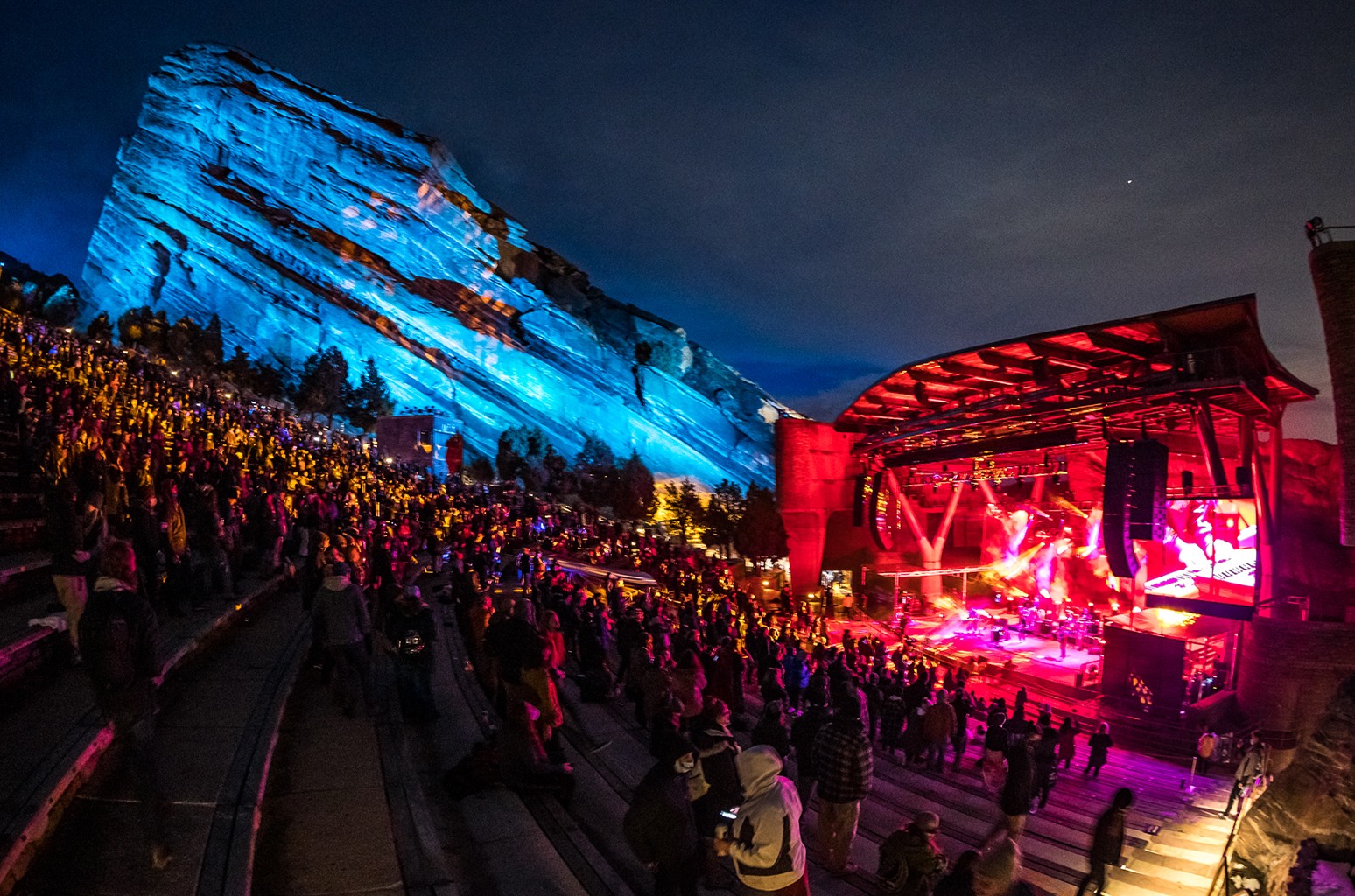 is one of the most famous venues in the world. Its structure, along with the amazing performances it has brought to us, make it so legendary. However, it might not all be as smooth as expected lately. On a tweet posted in the venue’s account, the Red Rocks team invited attendees located behind the 40th row (there are 70) to bring their own headphones and connect to an app to get sound fed directly to them from the mixer. While we can’t make any assumptions as to why is this happening, the chat around the internet has blamed it all on sound ordinances and lack of quality inside the venue on the rows located on the back of the venue.

One thing is safe to assume. The public’s reaction has not been the best. Complaints, jokes, suggestion, more jokes. You get it. However, on top of it all, there’s actually some people who’ve tried to shed a light on what they believe the actual issue might be. According to a Change.org petition, the issue radicates on the decibel limit set by the county Red Rocks is located in. The petition’s introduction cites:

“For the last 5 years, music fans around the globe have descended upon Red Rocks Amphitheater in Morrison, CO, and have left wondering why the music is so quiet in a venue known for its acoustics. The reason is a noise/db limit in the town of Morrison due to certain artists’ use of bass along with certain residents’ proximity to the venue.”

The petition aims to gather 5,000 signatures so that the decibel limit may be removed. Prices, experiences and quality offer are the main reasons cited to uplift this limit and allow Red Rocks to go back to its “normal self”. If you feel like signing, here’s the link

What’s Next For Red Rocks?

As previously stated before, Red Rocks is one of the biggest and most famous venues in the world. Asking people to bring headphones to listen to an artist perform there sounds crazy. This, of course, is just my personal opinion. However, thousands of fans and attendees agree on this. One thing is clear. Red Rocks has a problem. A big one. And if they don’t solve it fast, they will find themselves at high risk. As live events continue ot make a comeback, you can’t allow your quality to drop. People will hold you to a higher standard.

What are your thoughts on Red Rocks asking their attendees to bring headphones? Let us know!