Rico Nasty clowns around in the “OHFR?” video
Written by DawnSt-Jacques 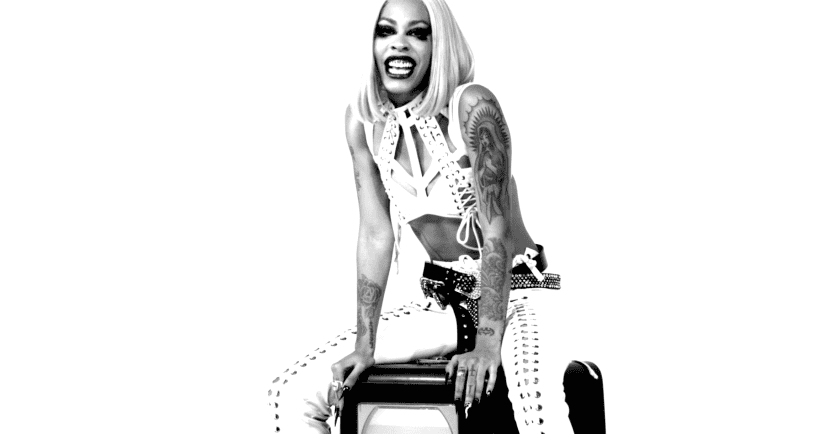 Rico Nasty‘s new album Nightmare Vacation, announced yesterday, is almost upon us. The December 4 release day is fast approaching, but today there’s a new music video and single out called “OHFR?” Experimental pop duo 100 gecs turns in a trap beat with a lead melody that sounds like a depressed, whistling elephant, perfect for Rico to unleash some brawny, metal-rap bars. She sports a bunch of cool Hot Topic-meets post-apocalypse outfits in the music video, and you can watch it above.

In conversation with Apple Music, Rico spoke on how her self-confidence affected the making of Nightmare Vacation. “I feel like I’m still the same boastful bitch that I’ve always been,” she said. “I just think the only difference now might’ve been, I had my ego shot down a little bit by quarantine and just by growing up in general.

“So obviously, I just think this whole project, it was made during the time where this is probably the first time in my life where I wasn’t on 10, as far as confidence. Within myself, my personal life, normally everything’s great. And making this album just started getting real tricky [with] balancing life.”

Nightmare Vacation is out December 4 via Atlantic. Rico has previously shared the singles “Don’t Like Me” featuring Gucci Mane and Don Toliver, “iPhone,” and “Own It.”