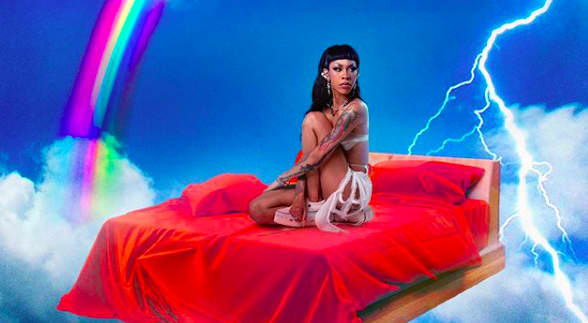 After months of teasing, Rico Nasty has finally announced the release of her long-awaited debut album Nightmare Vacation. It’s out December 4, and while Rico still hasn’t revealed what she’s got in store for the final track list, expect recent singles “Own It,” “iPhone,” and the Don Toliver collaboration “Don’t Like Me” to make the cut. Peep the album’s cover art above.

“I’ve been working on [the album] for about two years now,” Rico wrote in a statement posted back in August. “Some of you probably know a lot of the songs I made in the process… but not the actual music that’s making the album… there will be good and bad with everything. That’s why this album is called Nightmare Vacation. Sometimes the things you want aren’t the things you need.”