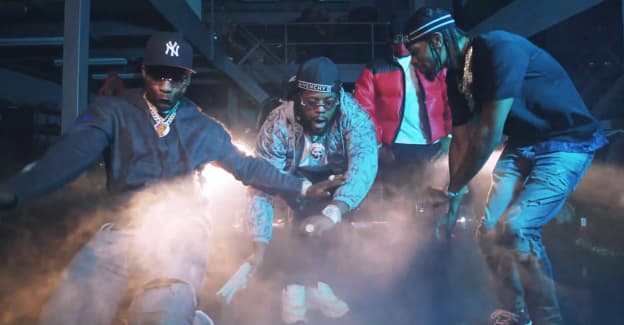 Rowdy Rebel‘s long-awaited release from prison came in December — he was locked up in 2014 on multiple charges along with Bobby Schmurda — and on Thursday he dropped his first post-prison song “RE-ROUTE,” created with New York rap godhead Funkmaster Flex. The song is a loose, riotous cut of New York drill, and emphasizes how well-timed Rebel’s release was with the explosion of artists like Pop Smoke (R.I.P) and Fivio Foreign.

In the video’s YouTube description, Funk Flex talked about his relationship with Rowdy and how the song came together.

Sha Money XL invited me to the studio to meet Rowdy about 7years ago! i only met him once before he had to go away! The day he was released I reached out to Slow, French Montana and Fetty Luciano! Slow put him on facetime and we were off and running! Recorded the song on a Tuesday, shot the video on a Friday and played it on a Saturday! Thank u Sylvia Rhone, Zek, Rich, June, Dominique and Epic Records!