Röyksopp – What Else Is There? (ARTBAT Remix)
Written by DawnSt-Jacques 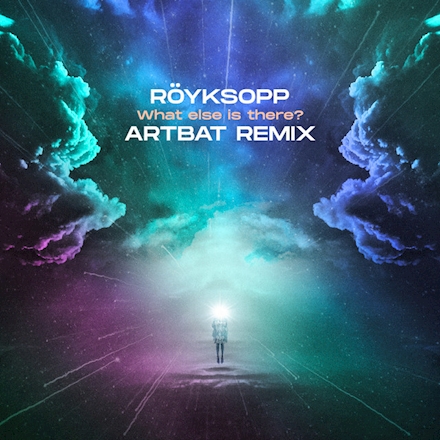 ARTBAT is out with a remix of Norwegian Röyksopp‘s 2005 classic track ‘What Else Is There?‘. Taking the melancholic original and turning it into a stunning deep tech rendition. Retained unique vocals of Fever Ray and Karin Dreijer provide power and emotion to the piece, while the deep bassline enhances the vibe. This track marks their first release of the year, following their previous releases of last year, ‘Best of Me‘, and ‘For A Feeling’ with Camelphat and Rhodes (9).

It starts off pounding with bass, and immediately the vocals start singing to the beautiful melody. The original came out in 2007 and was a masterpiece for its time. Now, it’s getting a modern take to its old-school sound as the Ukrainian duo adds their signature production flair. Extending their version to just under eight minutes, you get to enjoy all that time being lost in the sound. It’s powerful, dramatic, and sends chills down your spine with the menacing beat. Fans are receiving it well.

With an original track that streamed over millions of times, Artur and Batish picked a great song to rework. The European vibes utilize good soundscapes that modern times can manipulate to produce more distinct sounds. We’re all about the relentless beats, getting deeper in the sounds of the underground. But, there is also a melodic gracefulness to this production. It makes you sit and ponder, but also listen to each instrument make its mark.

Most indeed a crowd favorite, we hope there is more new music to come from the two. For now, you can listen to their latest release below.

Röyksopp – What Else Is There? (ARTBAT Remix) | Buy/Stream