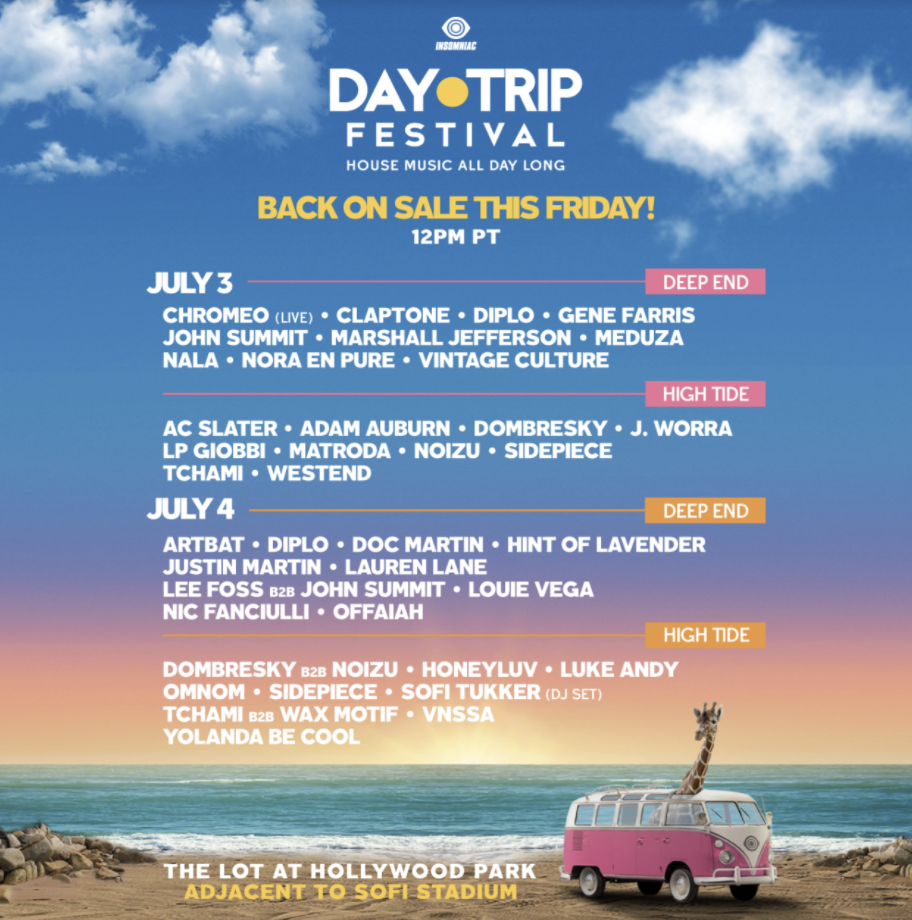 There could be some more changes to Day Trip’s Festival. It was originally announced that the event would take place in San Pedro, California at the waterfront venue, Berth 46. However, we received official confirmation from Insomniac about the change in venue for the 2-day festival. It was decided by organizers to move the festival to SoFi Stadium in Inglewood. The two locations are about 30 minutes / 23 miles away from each other with no traffic. Insomniac made the decision to move so that there would be more dance space for the attendees and will improve the overall experience. Pasquale Rotella took to Day Trip’s Instagram to answer any questions and acknowledge some of the difficulties that fans were now facing because of the change.

But fans noticed something peculiar today. A photo was uploaded on NOS Event Center’s Instagram which was quickly deleted. Nonetheless, that didn’t stop users from screenshotting it. “Due to major music festival, the Orange Show Swap Meet is cancelled for 7/4.” Obviously, the words “major music festival” is a huge hint. Insomniac is one of the biggest promotional companies in the US and the world. The NOS Center is located in San Bernardino, California. It hosts many major events such as Dreamstate, Hard Summer Beyond Wonderland, and more. It is about an hour and a half drive from LAX.

After the screenshot began circulating the internet, people also noticed a few tweets regarding some movement happening at the NOS venue. One was spotted by a user who claims to have information from NOS regarding a change in schedule. Check it out.

As a reminder, the festival is set to happen this weekend, July 3rd and 4th. If these rumors and findings are true, it will be quite a change for many. So far, there’s been no official announcement from Pasquale Rotella or anyone from the Insomniac team. The festival is set to host an array of artists. We will see performances from Claptone, Gene Farris, John Summit, and Dombresky. On day 2, Artbat, Nic Fanciulli, Tchami, Wax Motif, and more will be giving it their all.

Stay tuned to see what happens with Day Trip or whatever may be happening at NOS. Continue to check their social media pages for more information regarding the change or check their website here.