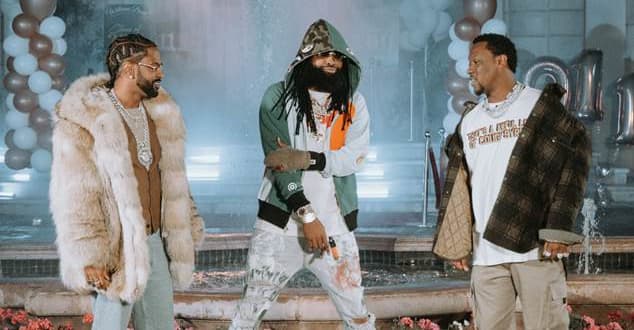 Rapper Sada Baby shared his latest single “Little While” alongside Big Sean and Hit-Boy on Monday, the first single from Sada Baby’s upcoming debut album Him Not Them. The track sees both Sada and Sean reflect on the past, and their paths to success, over Hit-Boy’s bass-heavy production.

Debuting on Apple Music early Monday, Sada Baby spoke with host Zane Lowe about how the collaboration came together. “‘Little While’ was the full song with just me on it, and then I let Sean hear it because sometimes when I go out to LA, Hit-Boy lets me come to his studio and just record,” he explained. “He never stopped asking me about the song to the point to where he was like: ‘I’m going to put a verse on it.’ When [Sean] sent the verse back, it was a classic Sean verse.”

Listen to the track above.