Serbia’s EXIT Festival is Canceled After All
Written by WinstonBurns 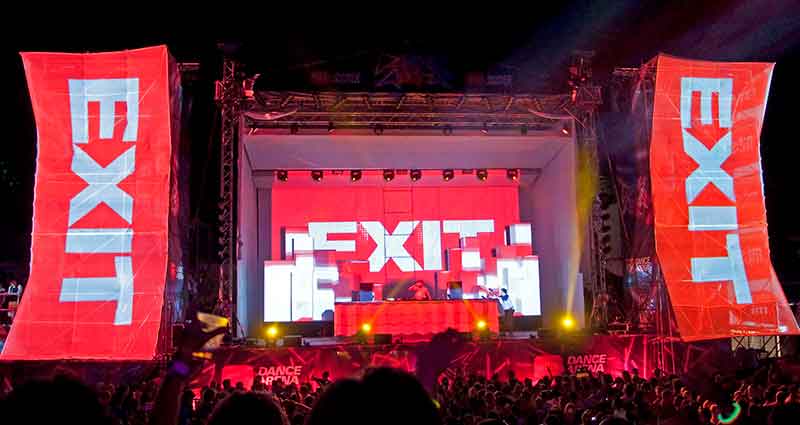 The last ship afloat in the doomed 2020 live festival calendar has sunk. The ambitious EXIT has bitten the dust. Back in May, the Serbian festival had the backing of their Prime Minister, Ana Brnabic as it was deemed an essential contributor to the country’s annual economy. The overall health scenario in Serbia has not seen any major improvement since then. Consequently, Exit had no other alternative than to forfeit this year’s edition.

The Serbian Festival takes place every year at the Petrovaradin Fortress in Novi Sad. It began 20 years ago as a demonstration by young Serbians to ‘exit’ the dictatorial administration and the subsequent oppression in the 90s. The last remaining large-scale festival to go ahead this year, it had earlier moved its 20th anniversary landmark celebrations to August from their routine July regime than an overall cancellation.

There was an already stellar line-up Exit had locked in for its special 20th anniversary. It boasted the likes of Amelie Lens, Artbat, Black Coffee, Boris Brejcha, Nina Kraviz, Paul Kalbrenner, Robin Schulz, Solumun apart from a legendary back to back. It was deemed as the only potential saving grace in an otherwise blemished event(s) calendar. Hence, majority of the global rave community were eagerly looking forward to it. Alas, no more!