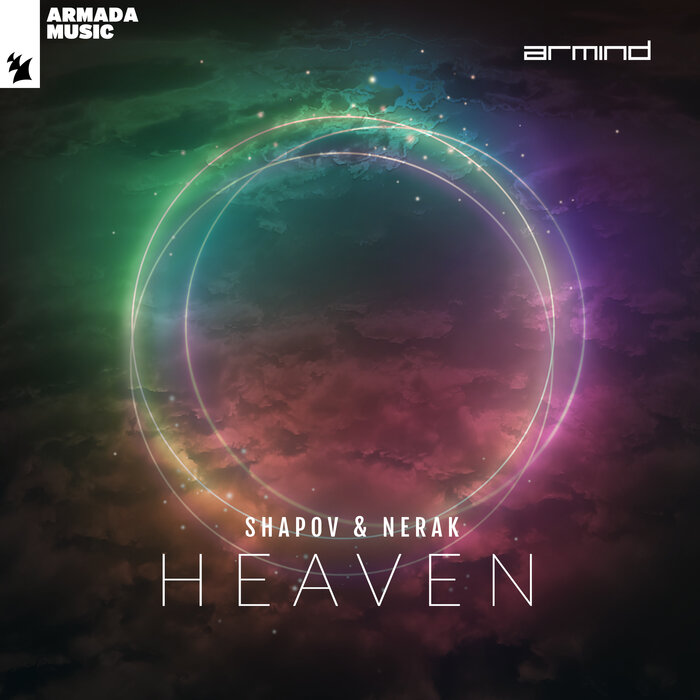 Here’s a new sound to add to the A State of Trance 2021 roster, ‘Heaven‘ by Shapov and Nerak. This melodic house track out now on Armada Music fuses divine vocals and deep grooves that’ll leave you reaching for the pearly white gates. Feast your ears on this collaborative piece. Check them out having fun making the track here.

It starts off with an intense bass line and tribal percussive elements in the background. Ethereal vibes cast off from the melody and honestly sound like Rufus du Sol but deeper. The synths reverberate for the chorus and continue throughout the piece. It is a driving track that suites the soundtrack of the night. A chill and ambient soundscape add to its majestic touch.

Alexander Shapovalov hails from Smolensk Russia and is a Russian record producer and DJ. He’s collaborated with Axwell on ‘Belong’ and ‘The Last Dancer’ with Armin van Buuren so we know he’s onto bigger things. Having this release on Armind is also just the beginning. We can expect big things out of him. Since 16 years old, he had an interest in music and experimented with Hard Rock Sofa, a music project comprised of tracks and remixes he’s done for several high end artists. Those include David Guetta, Calvin Harris, Alesso, R3hab, and Example.

Need more introduction to his talent? He performed at Tomorrowland, Ultra Music Festival, EDC, Sensation, and Electric Zoo with Hard Rock Sofa. In addition, he also had a residency at XS Encore in Vegas. As a solo act, he appeared on Axtone Records with his Shapov EP, and on BBC Radio 1 for a b2b mix with David Guetta.

Armed with much clout to his music career, it’s only a matter of time before we see him headline again. Maybe as a solo act or maybe with his music project. Either way, we’re ready for his music to take us to cosmic heights. Listen below and see what we’re talking about.