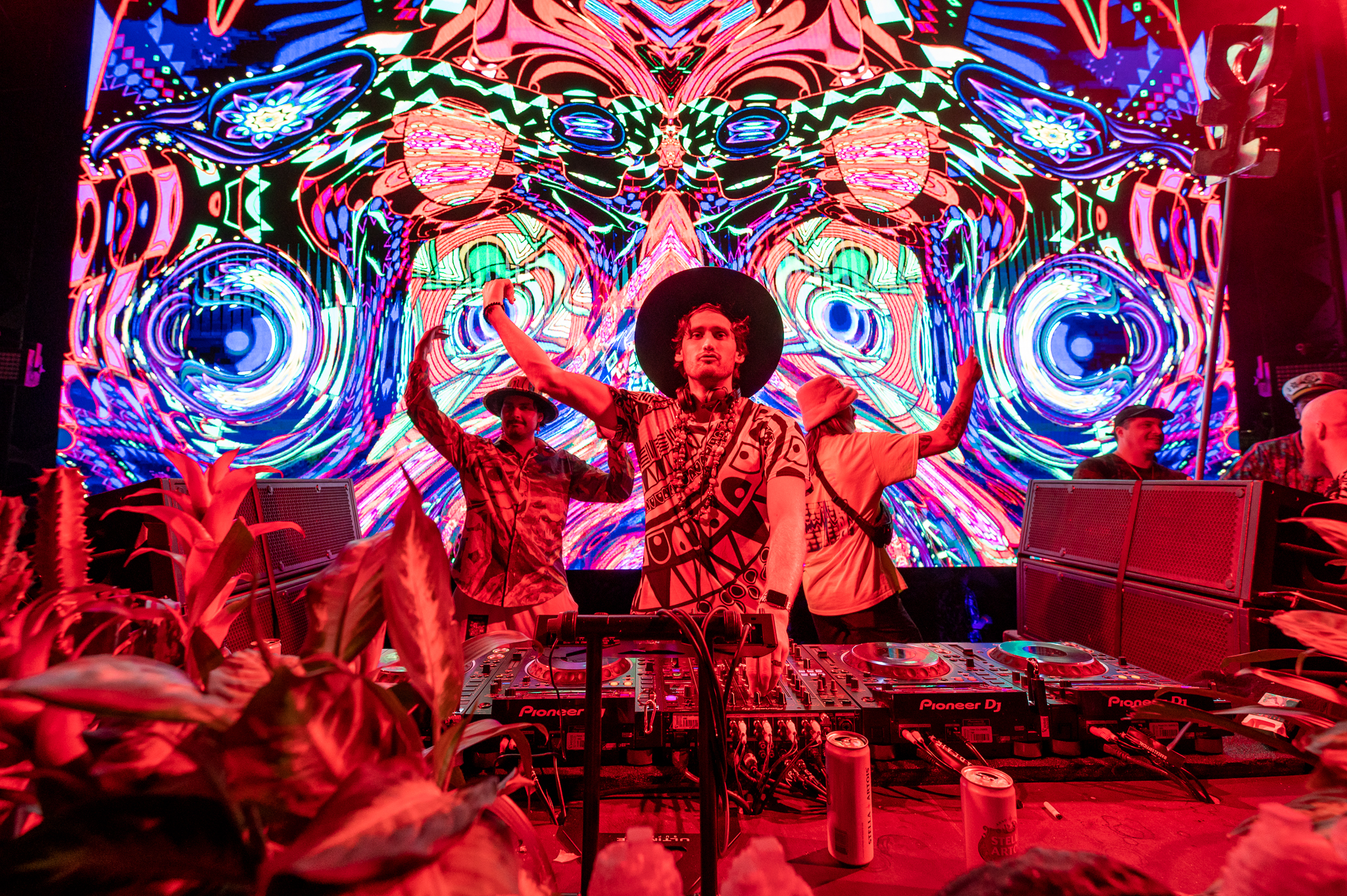 After a three-year hiatus, at the city’s newest music venue, AREA15. In partnership with Desert Hearts, hundreds of attendees celebrated the power of house music under the Las Vegas sky with some of the genre’s top music artists.

Artists from the Desert Hearts movement, such as , , , and , took the stage and performed their latest work for festival-goers who attended the event. With phenomenal music/stage production, guests were taken away from the stresses of life. Remaining present in the moment was not an issue for attendees, as the festival experience was remarkable for one at its size.

Sin City Hearts was a small festival consisting of a small lineup of artists. Therefore, this show cannot compare to popular music festivals that hold a long line of big-name artists, such as . However, the size of the event did not affect the good times at the event. Festival-goers partied until the sun broke through the desert sky, continuing the long-standing tradition of partying until dusk in the city of Las Vegas.

Sin City Hearts artists, such as Lee Reynolds and Mikey Lion, dominated the AREA15 stage, giving fans an epic performance of some of their greatest works. In addition, there was a surprise B2B2B set by the end of the night, where guests were exposed to a mixture of house music sounds. Desert Hearts ended the night with Soul State, a set based on the brand’s Las Vegas-based record label. Attendees were able to hear the works of the artist’s currently signed under the record company.

The festival environment was absolutely remarkable. Attendees did not fail to bring good vibes to the event. Many avers danced the night away with their technicolor toys, such as electric whips and wands, while others took the time to relax and enjoy the music.

Sin City Hearts did not fail to bring the party back to the City of Lights. For those interested in attending the event in the future, I strongly recommend that you do. Although many ravers go to festivals to enjoy the performances of their favorite artists, this small concert is a great way to discover more talented artists outside of your comfort zone.

The Latest Music Venue to Hit The West Coast

AREA15 is the latest music venue to hit the street of Las Vegas. After its official opening this summer, the team behind the space is aiming to take its immersive experience to a whole other level.

During the Labor Day Weekend, the AREA15 hosted a series of diverse events, such as Sin City Hearts Festival and Simp City, which featured R&B artists Bryson Tiller and Mario.

Within the first steps of entering the music hotspot, attendees are immediately welcomed to the performance stage. However, this isn’t just any ordinary stage platform. Guests are given top-of-the-line production, consisting of great sound quality, an array of lights and lasers which are in sync with the music, and entertaining visuals to accompany every performance. In addition, the event area is spacious, giving attendees enough room to dance their hearts out.

For unwinding time, AREA 15 gives visitors two separate relaxation spaces, both outdoors and indoors. In these areas, concert-goers are welcomed to purchase a drink from the bar or buy accessories and merchandise from some of the venue’s store carts. Graffiti murals fill the walls of the area, along with a multitude of art installations, such as a large disco ball that centers the outdoor space.

VIP table purchasers, however, have even more access to the spaces provided at the venue. Premier guests have access to a dedicated roof deck that has a breath-taking view of the stage and a side platform placed right next to the stage.

AREA15 has plans to expand its music venue, with plans of a new festival ground currently in the works. According to venue sources, the iHeartRadio Music Festival, taking place on Saturday, September 18, will be the first to try out the new space. Renowned artists such as , , The Kid Laroi, and YUNGBLUD will perform at the event.

There isn’t a shortage of electronic dance music acts at AREA15. Dance artists, such as Gorgon City and Camelphat, will be taking over the music venue in the next coming weeks. Ravers from all over the world are welcomed to visit the music venue to watch these talented music producers perform some of their latest works.

Check out the latest events going on at AREA15 here.

Besides being the newest music venue to hit the streets of Las Vegas, AREA 15 is also a local hotspot. Besides hosting shows, such as Sin City Hearts, the venue is also a whole world within itself. It is essentially a Raver’s Wonderland, due to its emphasis on neon lights, music, and psychedelic artwork.

Before entering the immersive space, guests can admire a series of art installations. From an owl to a composed robot, art does not lack within the first steps of entering the venue.

Once inside, guests enter a surreal realm of neon lights that radiate through AREA15’s party-like atmosphere. LED and UV lights fill the entire area, as well as art installations such as their iconic skull head, which uses holographic technology to bring the structure to its full potential. In addition, the walls saturate with graffiti, showcasing the phenomenal talent of the city’s top artists.

Attractions and activities do not lack at this top-of-the-line venue. Guests have the opportunity to pick from a variety of unique experiences not usually offered within an ordinary music venue. This includes attractions such as Museum Fiasco and Wink World.

Museum Fiasco is an LED light show, consisting of light structures that go off to the sounds of music. Mirrors surround the area, giving guests the illusion that these fixtures are essentially limitless. However, guests can take advantage of the mirrors, as they are a great use to take cool and unique selfies. Ultimately, it is a great place to unwind while intaking the breathless views of the carefully curated light show.

If you’re looking to extend your light show experience within AREA15, then Wink World is the next best thing. There are not only light shows in this exhibit but psychedelic art as well. Guests are first greeted with a pair of 3D glasses, used to help create a trip-like experience. Afterward, participants enter a hallway filled with artwork consisting of circular, linear, and acid-like patterns. With the 3D glasses on, the artwork comes to life, creating unexpected illusions for the viewer. Afterward, guests enter 6 mirror infinity rooms that combine music, lights, and objects to create a mind-blowing production.

Besides attractions, AREA15 has a variety of drinking establishments, such as its Emporium Arcade Bar. Not only can guests purchase one-of-a-kind beers and cocktails, but they can also play arcade games.

Emporium is made up of a series of murals surrounding the entire two-story establishment. In addition, there are rings of LED lights that fill the ceiling to create a fun, party-like atmosphere. With this much entertainment, Emporium is the perfect place to let your inner child come to life.

There are more activities for guests to enjoy, from a rave store, a candy shop, restaurants, and more. One review is not enough to cover everything going on at the latest innovative venue. Make sure to visit the AREA15 the next time you are in Las Vegas. With EDC on the horizon, mark this space as a must-see stop during your festival getaway.