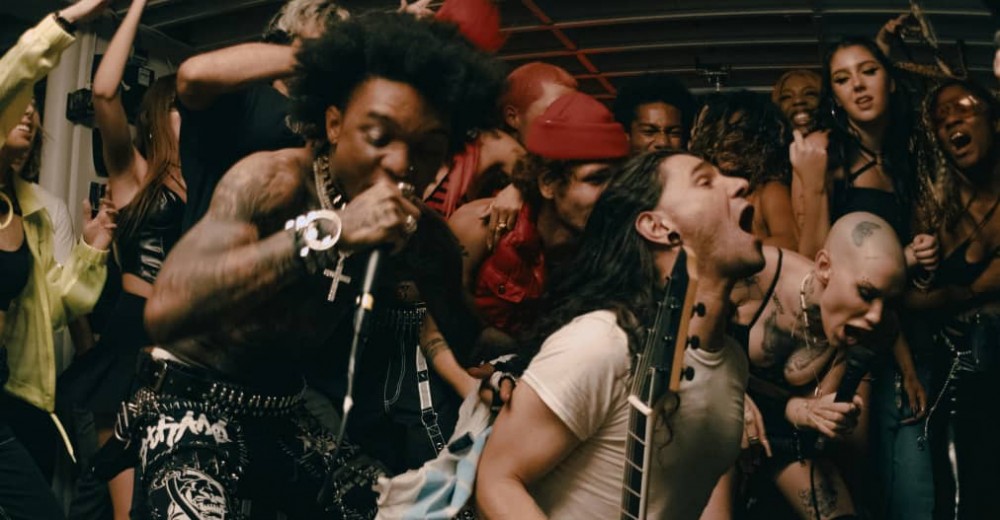 Skrillex is keeping the comeback rolling with “Too Bizarre,” his second single of the week after not releasing any new solo music for about two years. The latest track is experimental pop that, at first glance, seems to fit comfortably within the “rockstar rapper” trend of the moment — the song opens with a distorted bassline straight out of Death From Above 1979 tune, as well as vocals from Swae Lee, chart-topping solo rapper and one half of Rae Sremmurd. The song is a texture of different elements richer than any trend, though, with Siiickbrain’s throat-rending screams keeping the song on the edge of overdrive. Watch the punk rock show-recreating music video above, and listen to Skrillex’s previous single “Butterflies” featuring Starrah and Four Tet.