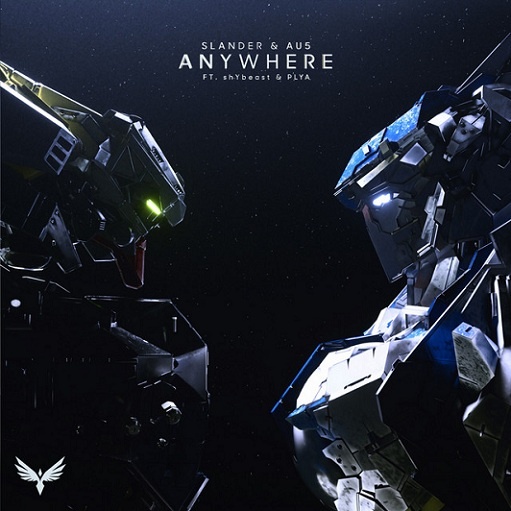 The highly anticipated collab ‘Anywhere’ featuring shYbeast and PLYA is finally out today. This marks the third release of Heaven Sent Records, the new SLANDER label focused on more melodic bass music. Moreover, this is the first time Au5 and SLANDER have released a track together. The popular duo had a chance to test out this record in previous live shows, most recently at Ultra Taiwan back in November 2020. You can listen to their performance right below.

As you can expect from both artists, ‘Anywhere’ is a very well-produced track. The first two-thirds of the song is where you find yourself in known territory, especially with the emotional chords that always brings on the Future Bass side of their production.

For the last part, you instantly recognize the uniqueness of Au5’s sound. The Melodic Dubstep guru showcases his talent once again with all the complexity behind his productions. As a longtime follower, I can’t wrap my head around the fact that this guy is not a superstar.

Obviously, the Los Angeles based duo already knew the potential of Au5 before releasing ‘Anywhere’. As a matter of fact, they signed him early to Heaven Sent Records back in January. At the time of the announcement, SLANDER stated that “his technical expertise plus his true ability to craft emotion has made us huge fans of his work”. Based on this affirmation, we can easily believe that some more collabs are on the way.