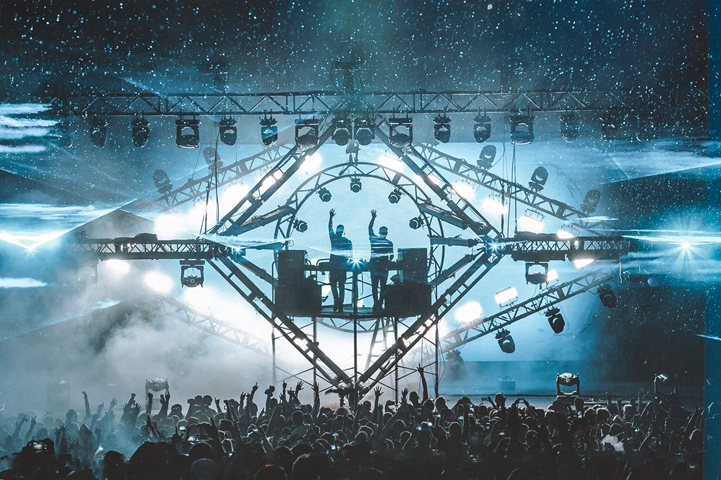 The dynamic duo SLANDER will be bringing their national Eye Tour to Avant Gardner in New York tomorrow on 1/17. It’s about to get rowdy because they’re playing not one but two shows in one night.

SLANDER (Derek Andersen and Scott Land) is one of the biggest acts in the world right now. Their electrifying performances full of head banging bass and melodic vocals have garnered them million of fans across the world. Beyond their captivating stage presence, their tracks see some serious play time in the festival circuit and across all streaming platforms. ‘’ with Gryffin sits at 58m+ Spotify plays and ‘Gud Vibrations’ with NGHTMRE at 32m+ streams.

The Eye Tour follows the duo’s 2019 with Seven Lions & The Glitch Mob and then their headlining Headbanger’s Ball. The custom eye stage is made to resemble their signature eye logo. Here’s a little teaser of how it looks:

Joining the tour is none other than vocalist Dylan Matthew. For those familiar with SLANDER’s songs, then you’ve heard his vocals before. ‘’, ‘Without You’, and ’ will surely induce goosebumps when he performs them live during the tour.

This is one night that you definitely do not want to miss. Tickets for SLANDER’s late show are currently sold out but there are still a few available for his early show. Purchase them here before they sell out!