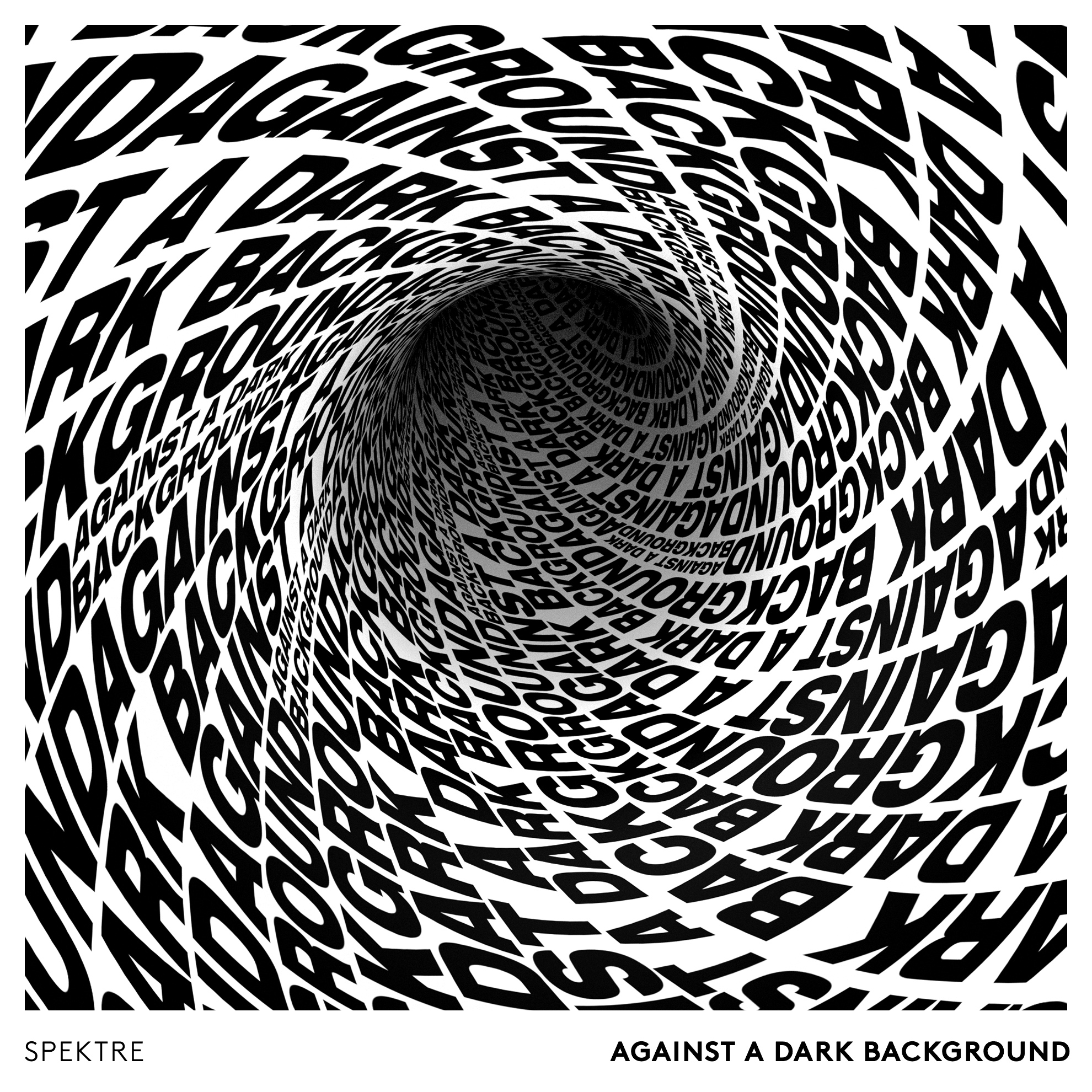 Today, DJ duo Spektre officially released their newest album, “Against a Dark Background“. Paul Maddox and Rich Wakely, the members of the group, have brought you a 12-track LP filled with great techno music. We couldn’t resist taking a listen to the new masterpiece. There are so many things to say about it!

The Spektre album begins with ‘Foreword‘, a touching introduction that may have you consumed by your own thoughts. It is a brief conversation about living within a dream and obtaining a new reality. We are always up for hearing introductions that will have us thinking about life. Creating a great first impression will win anyone over; this is exactly what Spektre did.

The next two tracks are ‘Trying to Forget‘ and ‘Mortal Coil‘. They are both subtle forms of techno that are perfect for vibing. If you are looking for some music that is not too intense, then these songs are a perfect fit for you. However, if you are looking for something that will really have you moving, then you should definitely listen to ‘Black Heart‘. Although it starts off slow, things begin to speed up once the breakdown hits. The sensual vocals of Juliet Fox pair phenomenally with Spektre’s track. Honestly, it is one of our favorites from the album; it sticks out the most from the sea of music.

Similar to ‘Black Heart’ is the title track ‘Against a Dark Background’. Within the first few seconds, it feels like you are taken into another world. No vocals are needed to groove along to its catchy melody. Up next is ‘Smokescreen Sky (Prelude)‘ and ‘What Once was Lost‘. These songs are definitely the slowest out of the whole bunch, but it doesn’t mean that it makes them any less great. However, ‘Smokescreen Sky (Prelude)’ seems to be oddly placed as it is the intro to the last track. Genuinely, it was a little confusing to find it in the middle of the album while its counterpart is placed at the bottom of the tracklist.

When listening to ‘Secret Location‘, we couldn’t help but notice a slight resemblance to Eric Prydz‘s ‘Pjanoo‘ in the melody. Obviously, the sounds of the piano are used here, so that may be the reason for the similarity. Afterwards, Spektre gives us ‘Back Into Consciousness‘, another great song on the album. It produces a feeling of excitement while listening to its entirety. It will certainly “bring you back into consciousness,” as it says many times throughout the track.

Next, ‘Faith in Resonance‘ is unlike any of the songs on the album. It has a unique yet soothing sound that may have you pondering. If you are looking to do some self-reflection, ‘Faith in Resonance’ is sure to help. If you are looking for something heavy, ‘Trial of Tears‘ may be a great pick. With this track, Spektre definitely aimed to take its listeners to a different world. Finally, the last track on the album is ‘Smokescreen Sky‘. It starts off with some heavenly sounds that are sure to capture your attention. We strongly believe that it was a great ending to an incredible album.

Overall, Spektre has done a great job with this new album. If you enjoyed listening, then make sure to watch one of their shows. You can look at their show dates here, and check out the new album below.