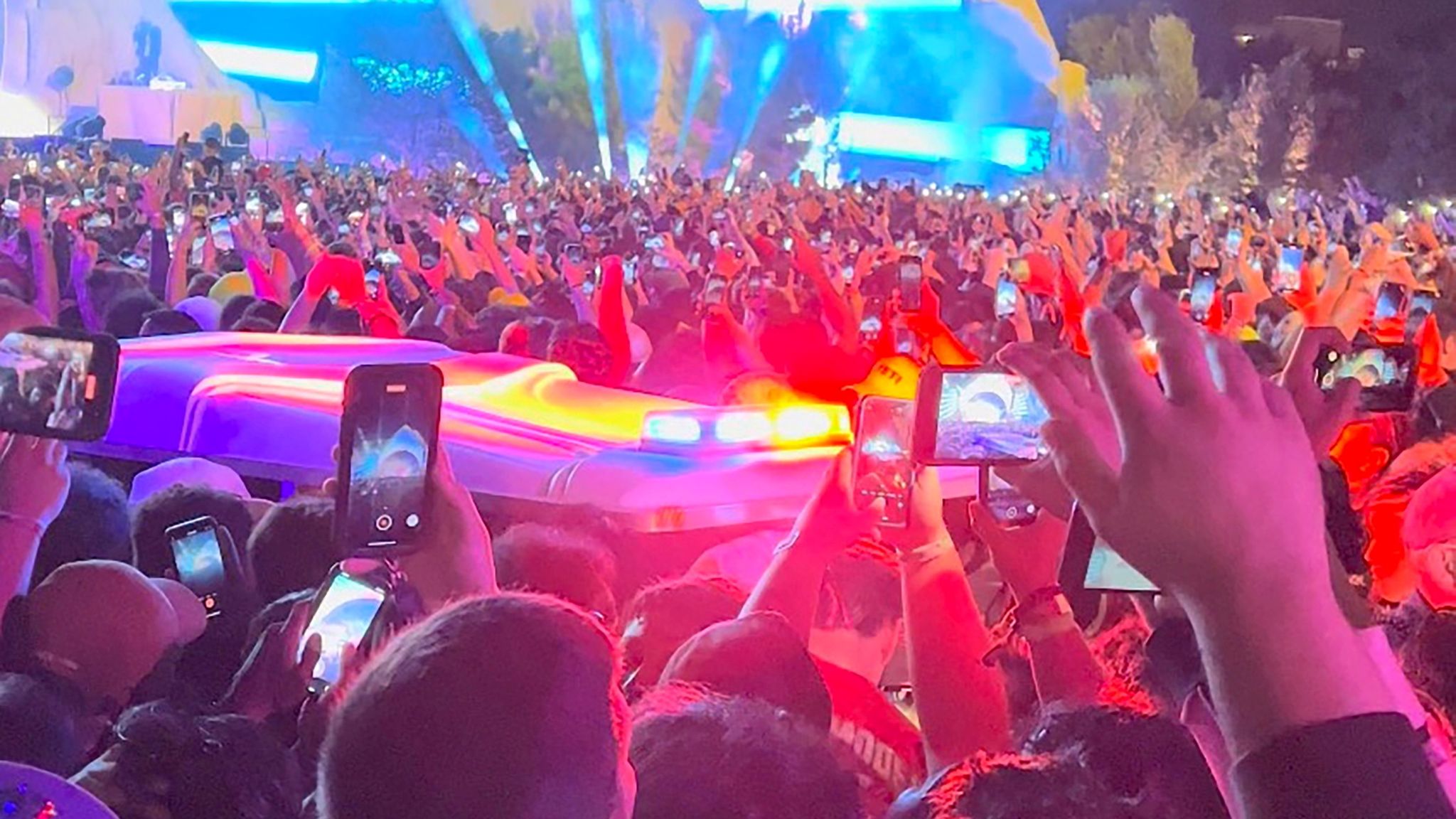 Rapper Travis Scott’s Astroworld Festival in Houston, Texas, came to a tragic end on Friday night when at least eight people died and more than 300 were injured from a mass stampede. And police confirm that the victims may have been injected with drugs.

The deadly incident at NRG Park on the first night of the two-day festival resulted in Saturday getting canceled.

Problems began shortly after 9 p.m. The crowd of about 50,000 “began to compress toward the front of the stage and that caused some panic and started causing some injuries,” Houston Fire Department Chief Samuel Peña said during a press conference late Friday.

“People began to fall out and become unconscious and that created additional panic,” Peña said.

By 9:38 p.m., a “mass casualty” incident occurred. First responders transported 17 people to a hospital, including 11 who suffered cardiac arrest, according to Peña. The injuries “quickly overwhelmed” festival staff at a medical tent. The fire department dispatched as many as 50 units to support.

Scenes from the Chaos

Videos circulating social media provided snippets into the chaos that ensued. One clip by journalist Chaundhary Parvez showed attendees near the stage appearing to argue as the rappers continued to perform.

And another video by Janthony Olivera showed that “while dozens of medical emergencies unfolded attendees literally begged staff to at least attempt to stop the show,” according to The Festive Owl.

Authorities are continuing to work to identify casualties and patients, Peña said.

In a tweet on Saturday morning, Astroworld urged fans to help Houston police “looking into the series of cardiac arrests” with any information they might have.

“Our hearts are with the Astroworld Festival family tonight – especially those we lost and their loved ones,” Astroworld tweeted. “We are focused on supporting local officials however we can. With that in mind the festival will no longer be held on Saturday.”

Drugs and a Criminal Investigation

In a press conference on Saturday afternoon, Houston Police Department Chief Troy said a security guard suggested they were pricked in the neck. Medical staff confirmed a mark in his skin that lined up with his account. Several victims received Narcan, which can treat narcotic overdose in emergency situations.

“A lot of narratives” have emerged about what happened at the festival, Troy said. He said a criminal investigation should “follow the facts and evidence.”

The victims were ages 14, 16, 23 and 27, and two were 21 and two were 23 years old, Houston Mayor Sylvester Turner said. Turner did not know one victim’s age. Among 25 people hospitalized, several were under 18 years old.

Scott performed also performed at Astroworld in 2019 when a similar stampede broke out, injuring at least three fans. Also in 2019, while performing at Rolling Loud Festival in New York.