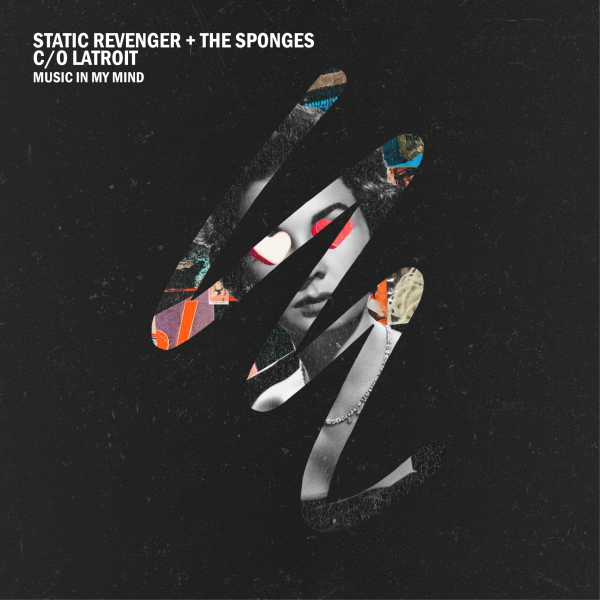 Grammy Award-winning producer Dennis White AKA Latroit relaunches his iconic classic house project Static Revenger in collaboration with low-end disco-funk duo The Sponges with their certified club-tested house music romp “Music In My Mind.” Co-written with Nat Dunn and released via Hollywood-based record label There Is A Light, “Music In My Mind” is a class in funky house music production.

Best known by his nom de plumes Latroit and Static Revenger, Dennis White is a Grammy Award-winning music producer whose discography boasts BPI and ARIA certified double platinum, platinum, and gold records, 25 top-ten Billboard club chart tracks, hundreds of millions of digital streams, and high profile music placements for Apple, FORTNITE, Ubisoft, and dozens more. White’s enduring place in the upper echelons of dance music culture is assured by his early and continued work with the pioneering Detroit Techno group Inner City, the 2019 Grammy Award for ‘Best Remixed Recording – Depeche Mode “You Move (Latroit Remix),” the 2000 Static Revenger release “Happy People” (charted by Fatboy Slim as one of the top ten tracks of its decade) and the 2010 ARIA certified double platinum recording “I Like That” – a release largely credited with pioneering the way for dance music on pop radio in America. From an early start in the Detroit underground, to the cultural embrace of his recent work, White’s music holds history in one hand and the future in the other.

The Sponges are two of the rowdiest, most talented DJ/ Producer duets on the circuit today. While the self-proclaimed “dukes of disco”  and “lords of the low-end” are known for their eccentric, on-the-nose personalities, their music is a sophisticated ode to the limitless nature of dance music itself. The duo’s funky bravado has led to thrilling performances at some of the nation’s hottest music festivals as well as opening acts for dance music heavyweights like GRiZ, , Louis The Child, , The Knocks, and many more. A celebrated tandem both on stage and in the studio, The Sponges have landed spins on heavily trafficked radio shows like BBC Radio 1, Diplo’s Revolution, Triple J, and more.

Together, The Sponges and Latroit come together on “Music In My Mind” by combining the sinful indulgence of late-night warehouse romps with the timeless groove of disco and house to unveil an infectious, dancefloor-ready delight.