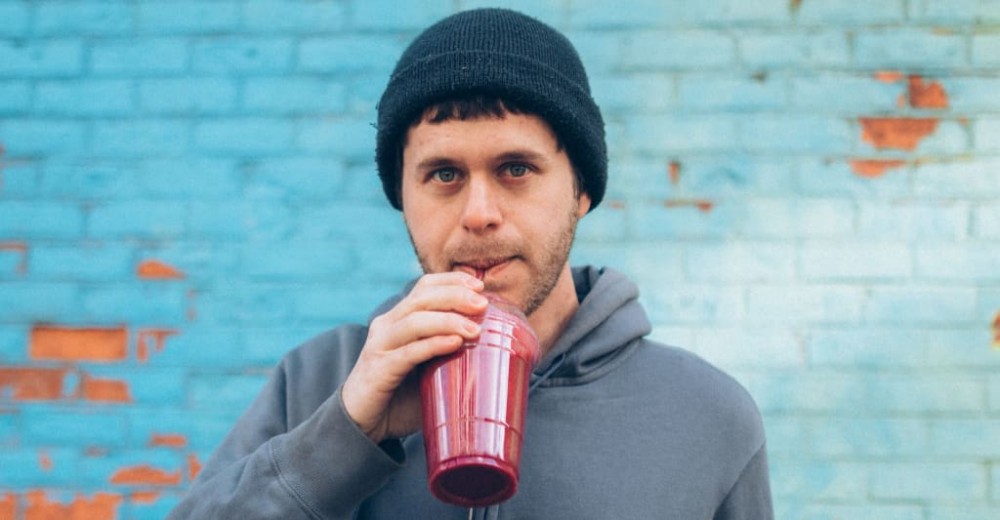 “Slurpee,” the new song from New York singer-songwriter Stephen Becker, sounds like it was written in a brief moment of stillness slightly contaminated by the toxicity of, well, everything. The song’s music video, animated by Santi Slade and premiering today on The FADER, doubles down on the electronic indie rock song’s elements of respite with colorful, dancing shapes and patterns reacting to the poignant song. Check it out above.

Stephen sent us an email with a few words about the song:

“Slurpee” juxtaposes springtime euphoria with social anxiety, icees and sandcastles with middle child syndrome and political turmoil. The pervasive kick drum represents an existential anxiety about the state of things, a brain freeze in the sun that prevents you from really enjoying the sunshine.

Santi Slade also shared a statement, describing his approach to animating the song:

The largest concept is the split between the first and second half. My approach was to make the imagery darker with choppy movement (at a lower frame rate) on the first half and then bright with smooth motion (at a faster frame rate) in the second half. The imagery and colors are childlike to evoke the nostalgia in some of the lyrics and playfulness of the subject matter (slurpee, sandboxes, etc). There is some pictorial illustration of the lyrics, but it remains abstract to reflect the song’s stream of conscious feel. I also tried to harness the propulsive rhythm of the song with kinetic imagery of things moving, crashing, and transforming. Both the percussion and the lyrics have such wonderful energetic rhythms that interplay nicely, giving me a nice range of tempos to play with.

Stephen Becker’s new EP Nothing Sun Under The New is out October 30. Preorder it here.