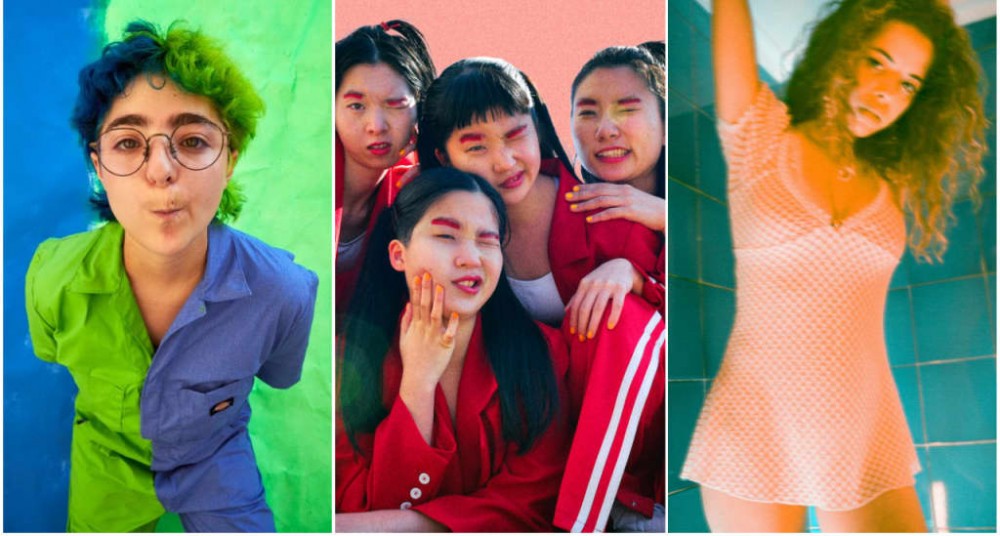 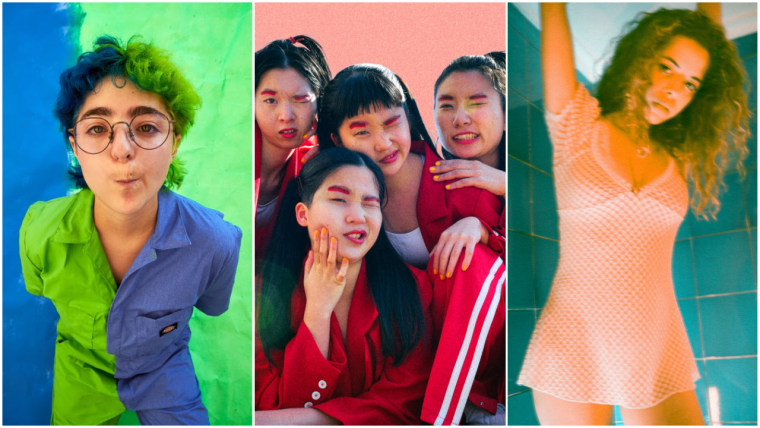 Paramore is an easy comparison to make when it comes to Meet Me @ The Altar and the fact the band is signed to Fueled By Ramen isn’t going to stop that from happening. There’s much more to their music than what first meets the eye though and not just their existence as a POC band in a deeply white genre. “Garden,” an instantly lovable introduction, is a warm embrace wrapped around chunky guitars and ‘90s teen movie melodies. A band to keep an eye on for sure.

Julien Baker took a year out, went back to school and has now returned with “Faith Healer.” The new song comes ahead of 2021 album Little Oblivions and showcases a fuller sound for Baker, though she still manages to pull at the heartstrings amid the drums and swelling guitars.

Bartees Strange lowkey might have made the rock album of the year with Live Forever. Check out “Kelly Rowland” here and then grab the whole project on Bandcamp.

“Crash” is the first single on Nilüfer Yanya’s new EP Feeling Lucky? which will be released December 11. “I kind of like the distance, To keep you away from me” Yanya sings over moody chords layered in distortion, a sweet kiss-off to a relationship gone sour.

Taking Weezer’s melodic sense and the paranoia of “Where Is My Mind?”-era Pixies, Quinton Brock is dragging ‘90s alt rock into 2021.

It’s been a big month for technicolor Japanese punks CHAI, with a contribution to Gorillaz’ new album and the arrival of their own new track, “Donuts Mind If I Do.” This column is not above wordplay struggling to justify itself and that title is a truly fine example.

Touché Amoré’s Lament is one of the year’s most essential hardcore albums and this super fun video for “Reminders” is filled with cameos from Skrillex plus members of My Chemical Romance, Slipknot, Converge, and more importantly, lots of cute dogs.

“Don’t Cry” combines a driving beat with hushed vocals to create something aiming to be both epic and intimate. The Canadian artist pulls off this tricky proposition, making his most urgent and engaging song since 2018 breakout “Heaven’s Only Wishful.”

Hunter Hunt-Hendrix described “Lonely OIOION” as less of song and more of “an aria” when announcing details of Liturgy’s upcoming fifth record, Origin of the Alimonies (due November 20). Like so much of what Liturgy does, chiefly combining black metal with esoteric forms such as classical music and sacred ritual, “Lonely OIOION” is ambitious and demands repeat listens. The scale of this music is matched only by the catharsis in Hunt-Hendrix’s guttural delivery, as if she’s broadcasting directly from another realm.

I Love Your Lifestyle, “Shilly Shally”

Swedish emo band I Love Your Lifestyle just dropped its latest album No Driver and this is a great introduction to the mix of twee indie-pop hooks and scuffed guitar work that makes their music sing.

Eartheater’s Phoenix: Flames Are Dew Upon My Skin dropped earlier this month. Sparse and graceful, the New Yorker’s latest floats by on its own plucked-acoustic breeze, almost without notice, only to leave its teeth buried in your heart. Having experimented with everything from techno to cloud rap over the years, “How To Fight” is a return to a more elemental sound from an artist who never stays static for long.

“Feat. Noam Chomsky” is a flex and a half from Cass McCombs. He speaks the truth, too, ending the track with a spoken word verse stressing that “politics is what you do before and after you push the lever. You have to keep your shoulder to the wheel: engagement, activism, organizing. That’s what will make the difference.”

Transport yourself to west London with punk upstarts Chubby and The Gang’s rip-roaring ode to a street lined with stolen cars, sprawling parks, and later night boozers where you can “dance all night.” The band’s debut album Speed Kills will be re-released on November 20 via new label Partisan.

Chicago band Slow Pulp’s debut Moveys is out now and feels custom-built for the autumnal period. Emily Massey speaks direct to her mom on the the Alex G-esque “Track,” assuring her of a lifetime of love in her own lowkey but heartfelt way.

Julia Jacklin’s new song is as quietly devastating as fans of her folksy indie-rock will have come to expect. Let’s instead focus on the accompanying video, a weirdly affecting collection of observations (including some very creepy dolls) that really gets at what a truly disquieting time this year has been.

Taken from Cloud Nothings’ forthcoming album The Shadow I Remember (due February 2021), “Am I Something” is a jagged and melodic return to form for Dylan Baldi and co. Be sure to check out the animated video too if you ever watched Toy Story and felt like the character of Sid needed his own Adult Swim spin-off.

Jawny used to go by the name of Johnny Utah but changed his moniker ahead of the arrival of new project For Abby. “Trigger of Love” is a great place to start with Jawny’s slacker sound, bringing a self-assured swagger to the soft-bellied world of bedroom-pop.

“White Lies” pack in the quotables (“We politely request you get your boots off our necks” is a current favorite) to go alongside their ferocious punk riffs. Taken from the band’s upcoming record Wonderful Hell.

Just before Halloween Daine dropped a nu-metal ballad that references demons, bones, broken souls, and the moon. Set that to a mosh ready breakdown and you’ve got a winning formula.