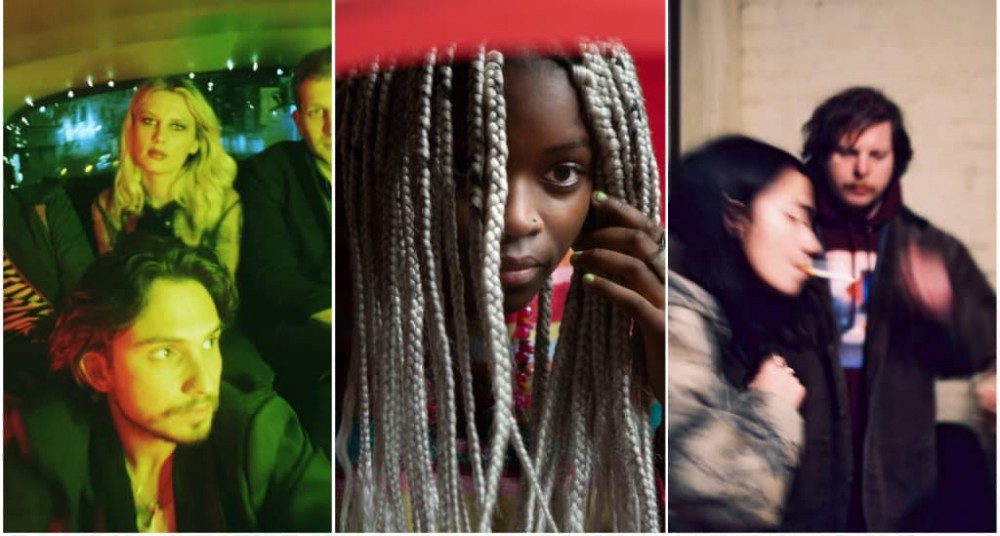 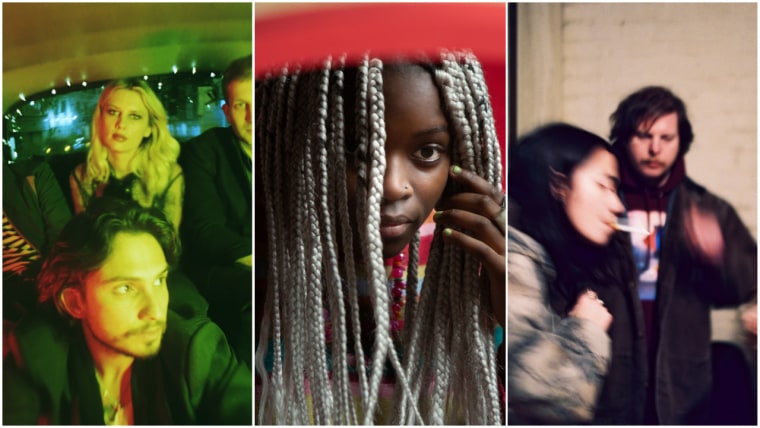 A love letter from one songwriter to another, “Song For Nick Drake” showcases Skullcrusher (a.k.a. Helen Ballentine)’s deceptively simple songwriting and captivating use of melody.

Pop and noise charge headlong into one another on the lead single from the Philadelphia band’s new album ENTERTAINMENT, DEATH (due April 9). Grasping hopelessly at the prosperous future they were sold, the experimental band find themselves whirling out of control as pretty guitars and barked vocals combine to create a uniquely textured soundtrack for spinning out of control to.

Columbus post-hardcore band For Your Health dropped its excellent new album In Spite Of earlier this month and you owe it to yourself to check the whole thing out. “save your breath, you’re gonna need it to blow my head off” is as good a jumping off point as any, capturing the band in their spiky and frantic screamo glory.

Another exciting new band from the heavy side of things are Thirdface. Hailing from Nashville, Tennessee, this is hardcore at its rowdiest and “No Requiem For The Wicked” spins and flails wildly like the Tasmanian Devil with a point to prove. Thirdface drop debut album Do It With A Smile on March 5.

Iceage embrace life on the baggy side with their new song “Vendetta.” The Icelandic band look to early-90s U.K. staples like The Stone Roses and Happy Mondays for influence on a runaway freakout which bodes well for their upcoming album Seek Shelter, due May 7.

Wolf Alice are back and serving up an epic rock ballad. “The Last Man On Earth” begins in a restrained manner with Ellie Rowsell backing her mournful mood with sparse pianos. Halfway through things pick up via a prog riff gleamed straight from Kevin Parker’s back pocket. After that, it’s off the deep end as the song explodes into life. Wolf Alice have never lacked energy, now it feels like they’re adding weight and depth to their arsenal.

Hardcore/powerviolence band Regional Justice Center’s upcoming album Crime and Punishment is a personal recollection of frontman Ian Shelton’s troubled upbringing which also touches on wider societal ills. “Conquest” clocks in at just over one minute and, even though it sounds like watching a car chase on fast forward, it’s still one of the band’s more serene moments.

There’s a lot of bands doing the spoken-word vocal thing right now but Dry Cleaning feel like one of the most unique. Vocalist Florence Shaw references German painter Han Holbein The Younger, Brexit, and wildly expensive mushrooms while her band scratch away in the background. What it all means feels beyond the abstract points being made. “Too much to ask about,” Shaw says in closing. “So don’t ask.”

Bedroom pop artist Hannah Jadagu is so young she says she’s scared of turning 23, but let’s not hold that against her. Jadagu does a great job of expressing a sense of being trapped in a loop of negative thoughts (“why does it feel like I’m digging a hole?”) while keeping the music light and breezy.

Experimental punk duo Black Dresses split in 2020, citing an invasion of privacy from fans after their music went viral on TikTok. In a major plot twist, however, they returned with new album Forever In Your Heart this month and an amusingly vague statement as to what this means for the future. “We’re no longer a band unfortunately,” they tweeted. “Regardless, we’ve decided to keep putting out music.” Existential questions about what it means to be a band aside, it’s good to have new Black Dresses in the world.

Ryley Walker; good on Twitter and good at music, too. His new album Course In Fable arrives on April 5.

There is undeniably something about this video which makes The Armed look like they could be Eric Andre’s new house band but, if you can put that image to one side, this goes off.

Miss Grit, a.k.a. New York’s Margaret Sohn, marries wiry guitars with keenly observed lyrics tackling self-doubt and finding a voice in young adulthood on her new EP Imposter. “Dark Side of the Party,” like much of the EP, recalls St. Vincent in its melodic leaps and dives into distortion. “I can’t tell hearts apart from spare parts,” Sohn sings while the good times rage beside her. “I try, I try, I try Why can’t I?”

Men I Trust wash ashore with another transmission from an alien planet in the form of “Tides.” A delicate funk bassline gurgles throughout the Montreal band’s new song, allowing Emma Bernache space to shout out doomers, her mom, and “brave men walking hand in hand” in that order.

Fun fact: this new song from NYC hardcore vets Show Me The Body was co-produced by Patrik Berger, whose previous credits include work with Carly Rae Jepsen and Charli XCX. That’s what you call versatility.

Francis of Delirium offers a reminder to count to ten and let the rage subside on her brilliantly self-assured song. Remember, urge the Luxembourg-based duo, “Change never came from anger.”

Porridge Radio enjoyed a breakout year in 2020, sharing debut album “Every Bad” to widespread acclaim. “Let’s Not Fight!” is taken from the deluxe edition of the album, which arrives boosted by two collaborations with Irish musician Piglet. Together the two combine to great effect, doubling down on the U.K. band’s emotional intensity with a newfound sense of yearning.

More bands should layer guitar tabs over their music videos.