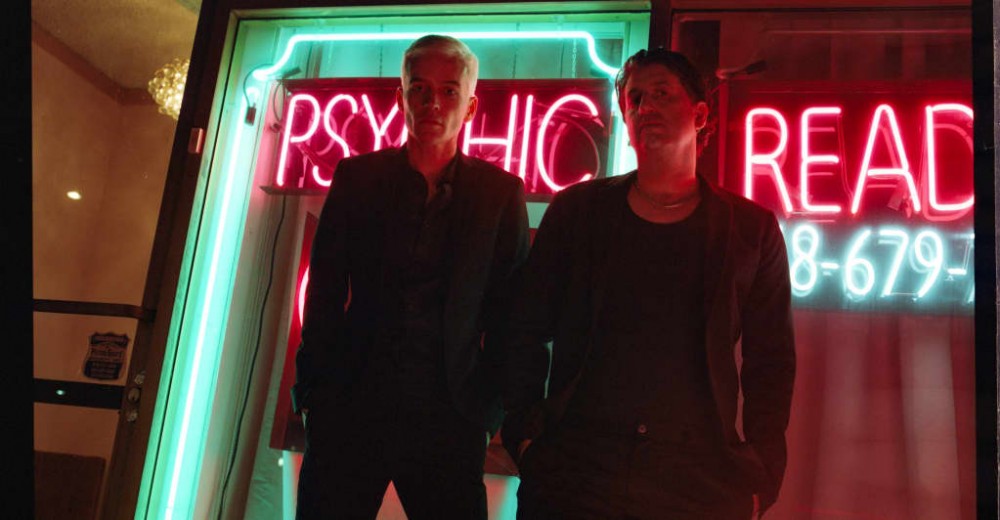 The Avalanches are back with “Interstellar Love,” another edifying, space-age pop song from the Australian duo’s upcoming album We Will Always Love You. R&B singer Leon Bridges is the special guest this time around, and croons about a love that defies space, time, and gravity. Listen above.

The song is built around a prominent sample of “Eye In The Sky” by London prog-rock band The Alan Parsons Project. EMI Music’s head of A&R Mark Holland described the surprising route to its clearance in a press release: “When I first heard the Alan Parsons sample in the original demo, all I could do was shake my head. This sample will be impossible to clear, the paperwork will be endless, and the cost prohibitive. But…I love the band and their message, I love Leon, and so…we decided to try. In the end, Alan Parsons Project were very good about it.”

Robbie Chater, co-lead songwriter in The Avalanches, said the song is inspired by astronomers and partners Carl Sagan and Ann Druyan, who compiled recordings to be sent into space for the Voyager Interstellar Message Project. Chater discussed how Druyan and Sagan’s collaboration, and his appreciation of Leon Bridges, helped create the song: “Leon is an incredible singer, with just the most beautiful voice. He’s from Texas but we both happened to be in L.A. at the same time, which was lucky as he was on my all-time wish list.

“When we were in the studio, I told him the story about Ann Druyan and Carl Sagan and how her love-struck brain waves were sent out into space on the Voyager’s Golden Record. And this song came out of that.”

We Will Always Love You is out December 11. The collab-heavy album features the songs “Take Care In Your Dreaming” featuring Denzel Curry, Sampa the Great, and Tricky, “Music Makes Me High,” “Running Red Lights” featuring Pink Siifu and Rivers Cuomo, and the album’s title track featuring Blood Orange.