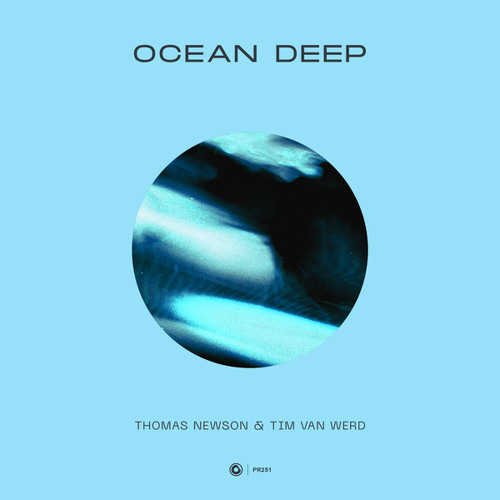 Thomas Newson returns to Protocol Recordings after three long years with a stunning new release titled ‘Ocean Deep‘. This is a collaborative effort with Tim van Werd. This is Newson’s first release on Protocol since ‘Like That‘ with Sam Void from 2018. It is also a follow-up to Tim van Werd’s Who You Are EP from last month which makes this a great team piece. With sounds as deep and progressive as this, fans hope to see Newson on Anjunadeep one day.

The title fits its soundscape as it features ethereal and haunting vocals that leave a lasting impression. Characterized by floating, hypnotizing melodies and a deep, steady bassline to back it all up, Newson and van Werd send shivers up and down your spine. As the track builds up, the loop drops and takes you on an emotive journey. This song perfectly implements the immaculate production styles of both artists. Check out their stunning visual music video here.

Tommy Verkuijlen is the man behind the Thomas Newson moniker and has been very busy making music. The Dutch producer is known for his progressive house, tech stylings and we ca see this through his synthesizer work in this track. With releases on Armada Music, Revealed Recordings, Spinnin’ Records, Doorn Records, and much more, Tommy makes his mark with this collaboration. Fun fact, he’s the song of veteran DJ and producer Marco V and has collaborated with him numerous times.

Tim van Werd receives support from Hardwell, Fedde le Grand, and Nicky Romero to name a few. His first single amassed over 4 million streams with ‘Balkan Disco’. Following this, he pursued to produced a multitude of house tracks to make him a formidable adversary in the industry. Listen to ‘Ocean Deep’ below.