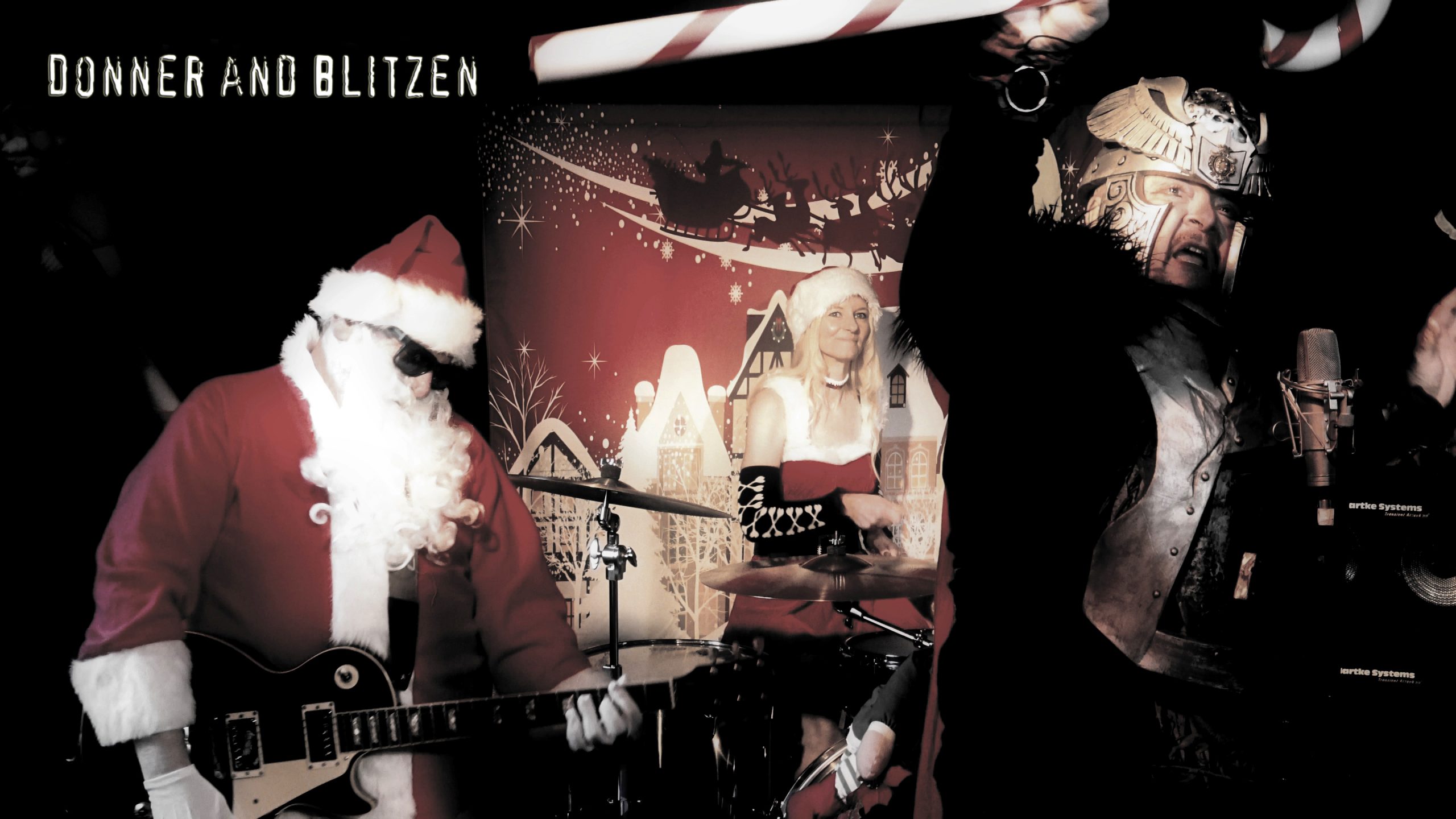 This Christmas, we’ve got the perfect Punk-Metal Christmas release for you! Jon Mikl Thor and producer Kevin Stuart Swain have imagined a powerful single titled “Donner and Blitzen,” meaning thunder and lightning, a song off their Christmas In Valhalla album. This fantastic release features Jon on the vocals and Kevin playing the music, on a song showcasing the peak of their electric showmanship. Well-known engineer Achim Koehler remixed and mastered the song. Koehler has previously worked with artists including Gillian, Alice Cooper, Bruce Dickinson and Krokus, to name a few.

Thor is one of the prominent figures of the genre, with singles like “Thunder On The Tundra” becoming a UK #1 hit. In 2015 the award winning documentary “I Am Thor” about his life as an actor, bodybuilder and rock musician had its world premiere at the Slamdance Film Festival.

It’s in 2012 that Thor and Swain began working together when Kevin joined the band as a bass player. Since 2012, Thor and Swain have released four albums together. Some of their biggest successes to date include “Because We Are Strong” and “Queen Of The Spiders.” For a different Christmas experience, stream “Donner and Blitzen!”