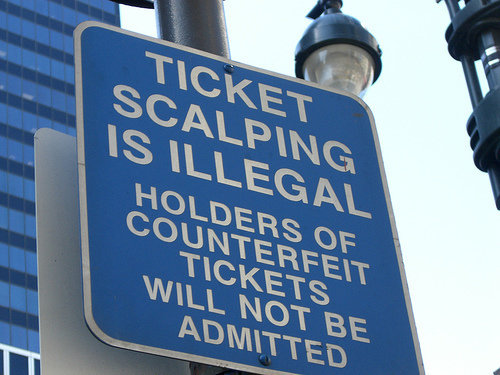 We’ve all done it before. After rallying the troops to hit up a festival en masse, we run out and buy a bunch of tickets. Usually, with the expectation that our friends will pay is back the day of the show. Then, when the day of the event finally hits, we get those fateful calls and texts. Either someone’s cat is on its deathbed or somebody’s spiritual guide advises against going out. Some of us would just bite the bullet and take the “L.” On the other hand, a select few will hustle up and try to recoup our losses. Depending on the event, we might even boost the price and make a little profit. Sounds innocent enough. A little ticket scalper action never hurt anyone, right? Following a court hearing, Peter Hunter and David Thomas Smith will find out that’s truly not the case, the hard way.

To be fair, Hunter and Smith were doing something seemingly innocuous on a much larger scale. Surely the great lengths they go to, to evade ticket purchasing restrictions are quite alarming. Furthermore, their scheme ran up a whopping £11m ($14.2 Million US) in profits in a 7-year span. Above all, the notorious ticket scalpers are found to have knowingly sold fake tickets as well. That, likely, is the nail in the coffin for the two who argued in court that what they are doing isn’t illegal. Certainly, that is a tough sell for the Leeds Crowne Court judge who likely wants to make an example of the two men. Especially, when you consider ticket sales giant Live Nation recently admits to helping artists scalp their own tickets. With 6.5 collective years in prison, these ticket scalpers will have plenty of time to consider how mad they made Ed Sheeran.