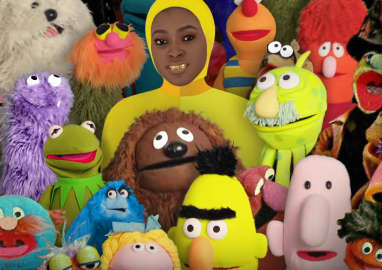 Tierra Whack has dropped her first official single of 2020. “Dora” is streaming above and comes with a brightly colored video featuring a cameo from The Muppets.

Speaking about the challenges of creating the video in isolation, “Dora” director Alex Da Corte said: “Thinking of the ways in which Aretha Franklin, Fred Rogers and Jim Henson navigated the world through good times and bad times with determined positivity was deeply inspiring to me during the making of this video. To make Tierra laugh was in some ways the best I could do on the hardest of days.”

Earlier this year Whack appeared alongside Naomi Campbell, WizKid, and Lupita Nyong’o in Beyoncé’s Disney+ film Black Is King. She also provided a verse on Lil Yachty track “T.D” alongside Tyler The Creator and A$AP Rocky. Her debut album Whack World was released in 2018