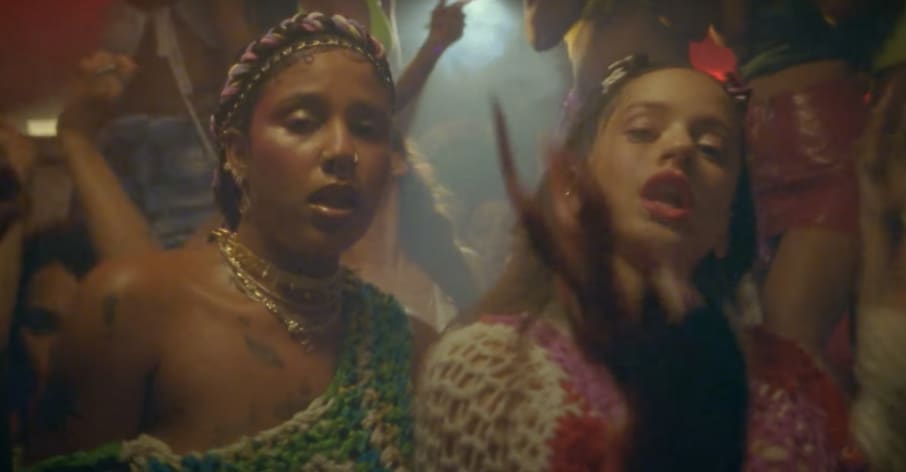 Here’s a pleasant surprise for your Wednesday afternoon: a new song from ROSALÍA, who has collaborated with Dominican musician Tokischa for a track called “Linda.” Raymi Paulus directs the absolutely raucous music video, full of colorful outfits and grinding in places you may not expect. At one point, an alien shows up.

Speaking with Apple Music, ROSALÍA described how making the song took her to new sonic terrain. “[W]e went to the studio and then I said ‘What would you like to do?’ and she said Dembow. Cause she said, ‘You never did a dembow, so why we don’t do a dembow.’ And then I was like excited. And I was like, ‘Okay, okay. Can we do something in between flamenco and dembow?’ So at the end, the result, you can hear the clap, which is very, very flamenco, you know, the claps. And then that was the only flamenco element you can find. But it comes from us wanting to do dembow when I never done it, it’s the first time and I’m very happy that you, Toki, pushed me to try something new.”