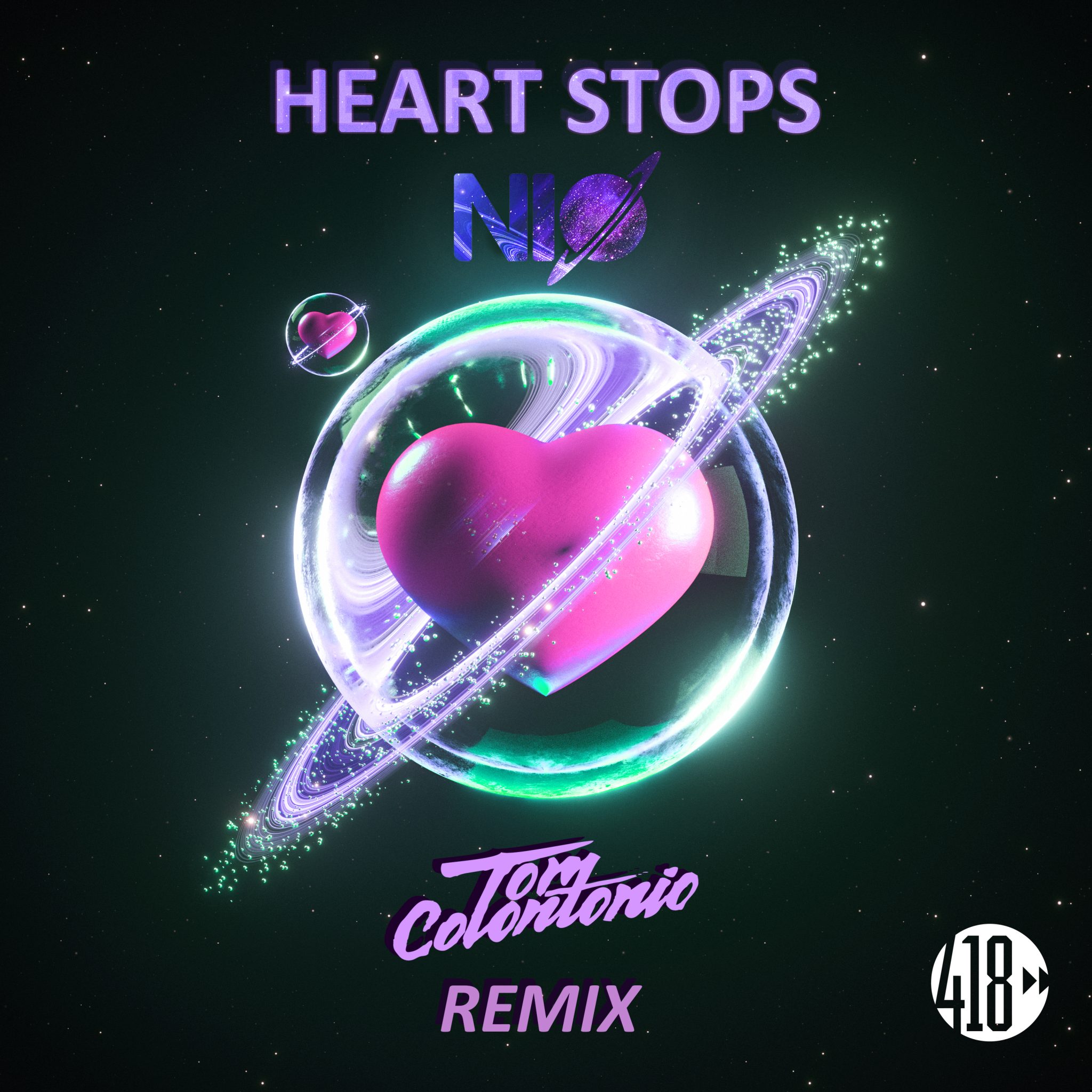 Few genres have managed to stand the test of time when it comes to the realm of dance music. House & techno will most likely be around until kingdom come. A third genre I would add to this list — Trance. I say this, as it has been one of the more prevalent genres in recent times. For proof of this, look no further than one budding superstar, in the form of Tom Colontonio. Tom is a Philadelphia-based trance DJ/Producer who has come to be known for his work with such prestigious labels as Armada, Spinnin’, Black Hole Recordings, and more. Today we show you why that is, through his latest offering in Tom Colontonio’s remix of Nio‘s ‘Heart Stops‘.

Tom Colontonio’s remix sees Nio’s ‘Heart Stop’ transform into an entirely different beast of a track. Where Nio — also known as Joseph Colontonio (Tom Colontonio’s brother) goes pop-infused dance, Tom goes trance. It can be saucy that the two share creative chemistry when it comes to their music. Where the original ‘Heart Stops’ embodies live instrumentation and a modern, edgy pop feel, Tom Colontonio injects a whopping dose of trance into it. In the process, he gives it a fresh pair of legs and a riveting sound, one which fixes your mind to it in anticipation of the next moment to come.

Nio’s Heart Stops (Tom Colontonio Remix) features a distinctive dichotomy that easily enhances the totality of the original experience. Tom’s remix features parts of the originals vocals, if only enough to give us a euphoric, hands-in-the-air feeling. Some would call this, a “hard-trance flow”, a feeling that is moment capturing, yet hypnotic at the same time. Tom’s remix features uplifting melodic parts that contrast well with the track’s rolling baseline. The two aspects work off each other well, moving the track forward in a way that helps the arrangement feel free and flowing. If you’re a fan of trance, you’re going to want to give this one a listen.

With a total run time of six minutes & three seconds, this song is a little on the longer side. With that said, it manages to stay fresh and keep listeners wanting more, without feeling stale. If you’re a fan of euphoric, vocal-driven dance music then this is a tune for you. In conclusion, Tom Colontonio’s remix of Nio’s ‘Heart Stops’ is out now on 418 Music, and can be streamed below, enjoy!

Since age 14, Tom Colontonio has been in the studio fascinated to see what he can make come out the other side. He’s soaked in a large spectrum of musical genres from rock to classical, but in his teen years fate had him completely consumed by dance music. In 1996, he got his first set of turntables which accelerated the success that would soon be upon him.

He became making a name for himself from the Philly-trance scene on out, playing some of the biggest clubs and parties at the time. He’s played alongside Paul van Dyk, Tiesto, Armin van Buuren, Marco V, John O’Callaghan, Sean Tyas, Simon Patterson, Cosmic Gate, Mark Norman, Infected Mushroom, Activa, Andy Moor, Filo & Peri, Marco Picotto and dozens of others across 20+ countries.