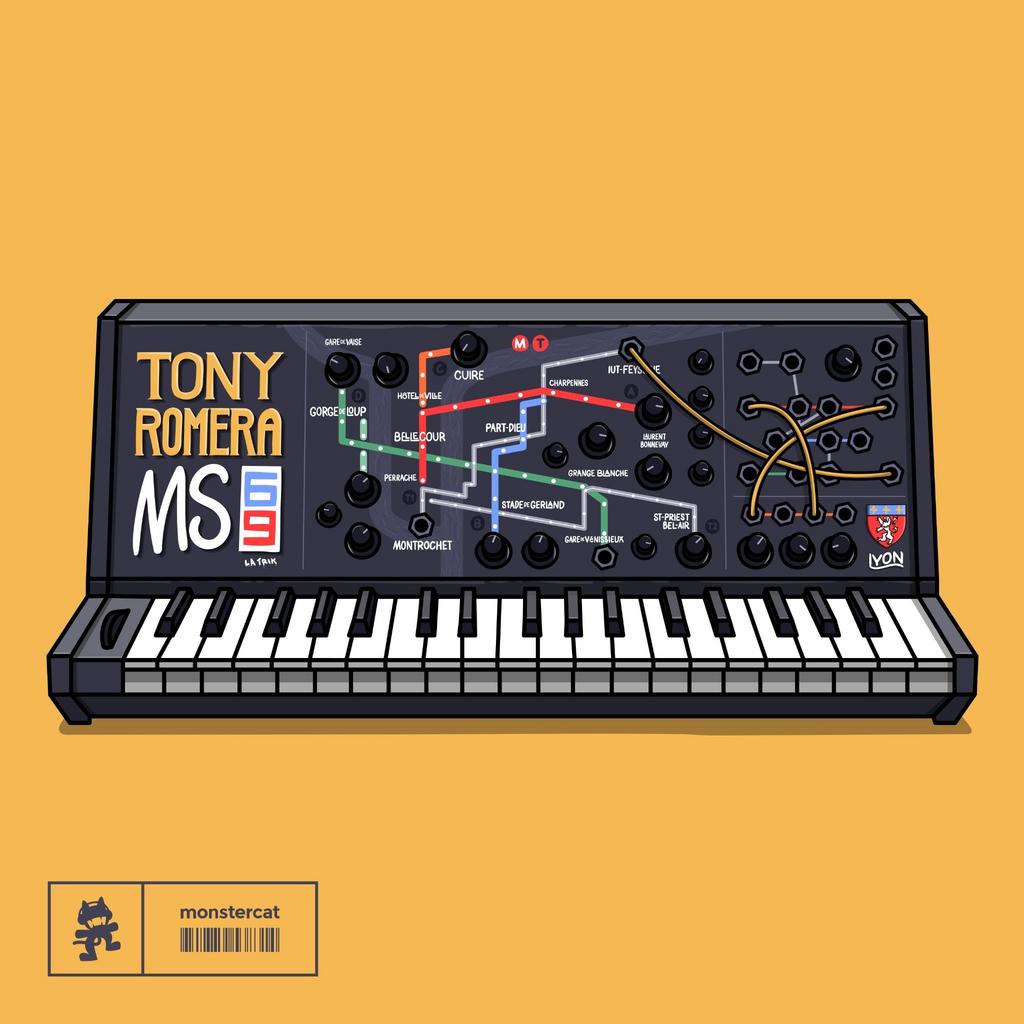 Tony Romera is back with the release of ‘MS69’, marking the second single off his forthcoming album. In addition, he revealed the album’s title which is Introspection, and it will be out via Monstercat this year.

The French artist has been impressing us one release after another, so it’s only about time we get an album, forming a full body of work to introduce us to his world. Preceding, he unveiled the first single ‘VHS‘, earnestly calling back to childhood days in terms of both audio and concept. With the release of ‘MS69’, the producer is showing us a grittier and more eclectic dark side of himself, pushing the boundaries of his previous productions in terms of sound and progression.

“I was feeling heated the day I made “MS69.” It was originally called “UPS FDP,” which translates to me cursing at UPS in French slang, because they were late on delivering my new synths. Since I wasn’t able to get them in time, I decided to make a super aggressive track with my Korg MS-20.” He continues; “This song really defines my darker side. I’ve been impulsive since I was a kid and I think that comes through in this track.”

‘MS69’ kicks off immediately introducing us to the gritty and crunched-out bass. From there, the sharp and attitude-filled sounds take us in both a groovy yet aggressive direction. It’s packed full of inspiration too from both a distinctly French sound while channeling a bit of energy reminiscent of The Prodigy’s sense of attitude when considering some of the drum breaks and vocal passages.

Listen to Tony Romera showcase his darker side on ‘MS69’, the second single off Introspection, via Monstercat below.