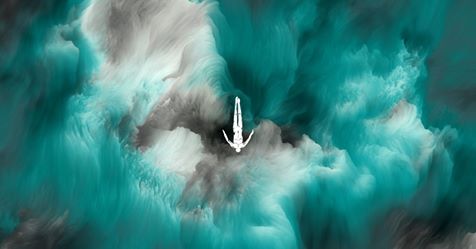 Since coming off a successful tour in Europe and Australia, Patrice Baumel is staying busy in the studio. In fact, fruits of that labor are finally ripening today with the Afterlife Recordings release of his Transmission EP. It’s a two-track project on which he delivers some smooth yet sophisticated progressive cuts. Surely, these new songs will hype fans up pending announcements of his return to the tour circuit.

As one can expect, Patrice brings his signature upbeat flavor to both songs on the Transmission EP. Seemingly, the album’s theme resembles some sort of communication encryption using a progressive beat as its delivery vehicle. With the opening track ‘Sender,’ Baumel creates a relaxing rhythm that slowly, builds in complexity. During the breakdown and at several points throughout, are frenetic burst from the midi keys. Each note almost invokes the feeling of a Morse Code message. Then, on ‘Receiver,’ he ups the complexity, intertwining the bassline with a much more melodic cadence. Once again the midi emerges; this time, with more intensity. The high pitched wail of each note feels like the replies of an alien life-form making first contact.

Besides crushing it in the studio with Transmission, Baumel is doing his part to help those in need. In particular, he’s giving back to the victims of the Australian brush fires. He captures this very touching moment in a post on Facebook.

Transmission makes it obvious why Patrice Baumel is getting so much industry love lately. Fortunately, fans won’t have to wait long to get more from the Amsterdam superstar. He’s going back on tour in late February. Until then, we’ll try to contain our excitement by vibing out to the chill sounds of his new music. The dual-track EP is available now wherever digital records are sold.