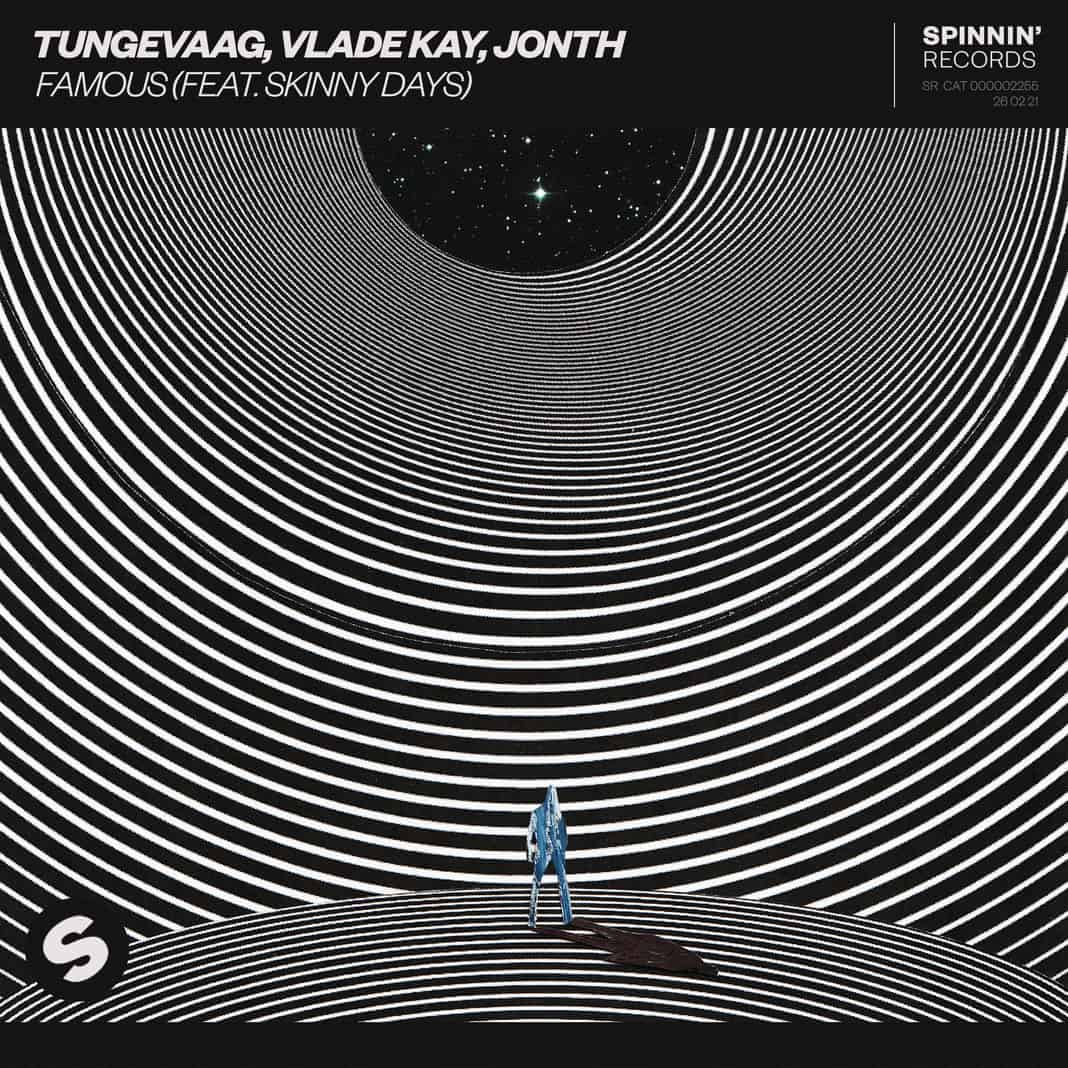 Norwegian hit producer Tungevaag is back with a striking new single, this time teaming up with upcoming Russian artist Vlade Kay and Swedish rising star Jonth for the titillating pop song ‘Famous’. Not in the least thanks to the vocal efforts of Norwegian duo Skinny Days, this is a record that has ‘dream team’ and ‘instant pop classic’ written all over it – a song that says it all, packed in sweet lyrics and strong electronic sounds, out now on Spinnin’ Records.

Something’s cooking here. A brand new collab that includes Tungevaag recently praised as a producer of popular tracks like ‘Knockout’, ‘PLAY’ (together with and K-391) and ‘DANCE’ (alongside CLMD). It’s resulted in hundreds of millions of streams, placing this Norwegian tastemaker into the higher echelons of global dance music.

And now, he’s joined forces with Vlade Kay, one of Russia’s rising pop artists who’s already enjoyed support from national radio as well as Russia’s most popular TV shows. 2019 saw him release his biggest hit to date ‘All This Lovin’, a track that received a much-acclaimed remix last year by none other than .

Also part of this dream team is Jonth, the new star on the Swedish dance horizon, most known for his 2019 hit ‘Game Time’, a collab with Debris that resulted in lots of DJ support and millions of streams.

‘Famous’ With three of dance music’s high rollers behind the wheel, expectations are high. ‘Famous’ definitely feels like a milestone, as it brings together the best of their abilities with warm, melancholic vocal lines leading towards a strong chorus, featuring overwhelming bass hooks and sturdy beats. It’s a pop song rooted in nowadays electronic sounds, rising sky-high thanks to the outstanding vocal efforts of Norwegian duo Skinny Days.

It’s this combination of flawless dance and rave influences with those powerful, dramatic song structures that provide ‘Famous’ with its instant appeal. This is music you’ll feel deep in your soul, but also get you dancing and singing along cheerfully. The best of both worlds, as they say, thanks to four acts perfectly tuning in to each others wavelengths – that’s how you get ‘Famous’.