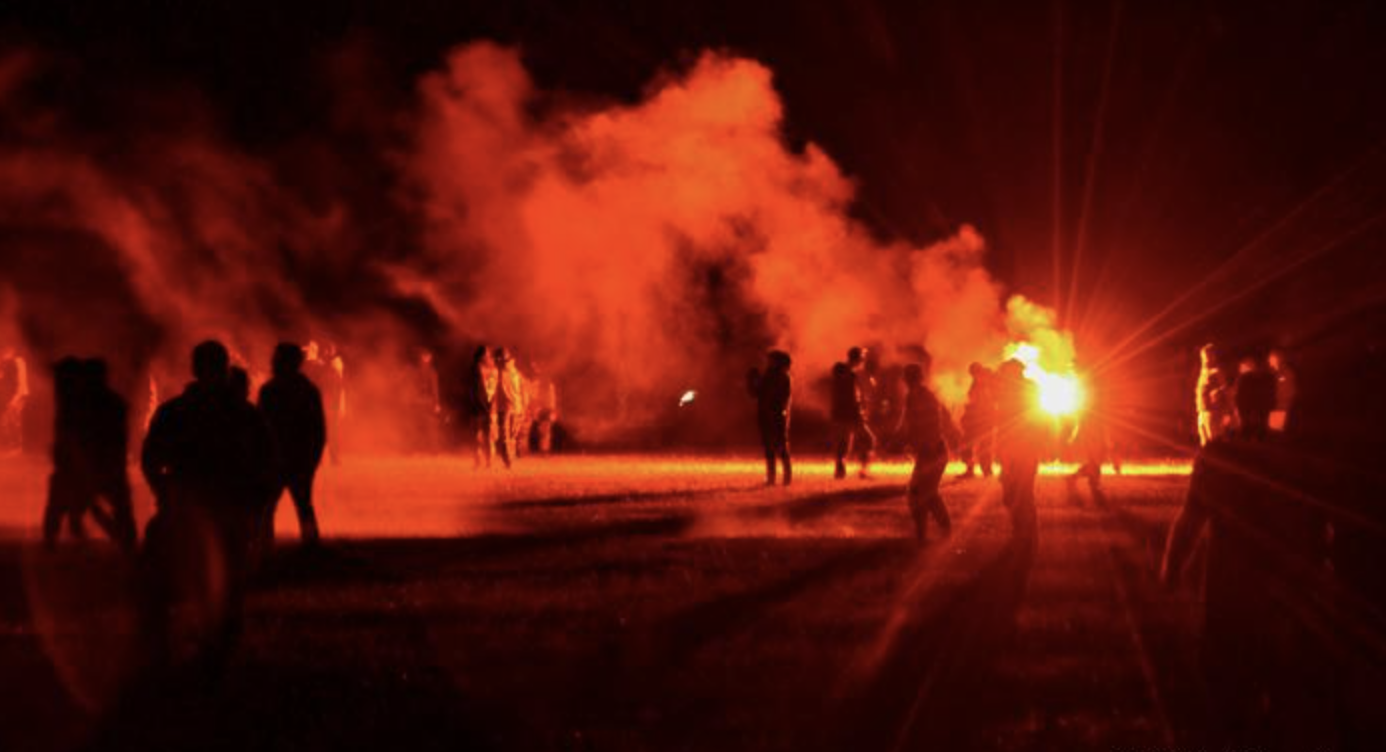 Although many places in the US have fully opened back up or almost at that point, many places across the pond have not. (However, say that Americans can head to Europe)! Various countries and cities are still in lockdown. But, that’s not stopping music lovers from throwing their own events. Technically, these are illegal which could pose huge consequences. That’s just what happened to this well-intended but still prohibited rave.

This event, held over the weekend of June 19th in France, was reportedly put on in honor of Steve Maia Caniço, who died after falling into the Loire river following a police raid on a concert in 2019. Authorities found out about the event through social media and dispatched 400 police officers. Obviously they were not warmly welcomed by the 1,500 attendees.

The police arrived at the event in riot gear. Partygoers threw cocktails, metal balls, and other objects at the security forces. Police then dispersed tear gas and charged the crowd to try to gain control and clear out the party. Sound systems and loudspeakers were also destroyed.

As a result of all this, 5 police officers were injured and two were taken to the hospital. Two attendees also received medical treatment for injuries. Lastly, after the 7 hours of opposition from both sides, news broke that a 22 year old male lost his hand in an explosion.

What’s unfortunate is that this clash occurs just days before France is due to lift the COVID curfew. Additionally, this is not the first time a gathering was shut down by authorities in France. Check out a quick video here from Instagram that shows the intensity of this confrontation.