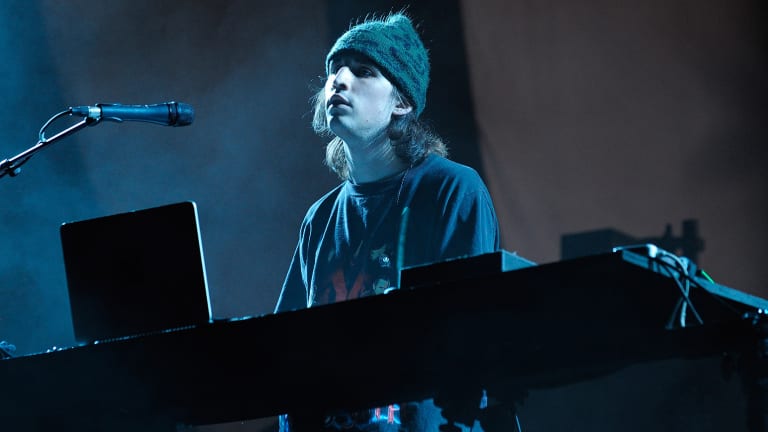 Handmade in Japan; only 70 black anoraks and 50 white anoraks will be produced. pic.twitter.com/shpDB02IwP

The clothing line features two windbreakers in black and white, limited to 70 and 50 units, respectively. The collection also includes a hoodie, a long sleeve t-shirt, and a skirt. All articles sport CHLOMA’s signature techwear look, splashed with futuristic text and graphics. Ranging from $150 for the shirt and $550 for the windbreakers, this is not a typical merch drop.

Porter has chosen to work with CHLOMA, a high-fashion brand from Japan known for its heavily “tech-wear” influenced style.

“CHLOMA & VIRTUALSELF was something I dreamed of doing. It’s my first time working together with a brand as high-end as this, and I’m extremely honored that it’s with someone as boundary-pushing and futuristic as Chloma.”

“Chloma was a huge influence on Virtual Self when I was first developing the project in late 2016…In 2018, when I met the brand’s founder, Junya, he told me that Virtual Self had influenced his latest collection too!”

Despite the price tag, it would seem Porter isn’t after money. He announced on Twitter that through the Robinson Malawi Fund, all of his profits are going to “direct patient care for pediatric and adolescent lymphoma in Malawi.” To accomplish this, he has partnered with The University of North Carolina at Chapel Hill, also known as UNC Medicine.

In 2016, Porter received news that his younger brother, Mark Robinson, had been diagnosed with Burkitt lymphoma. The diagnosis is why Porter started this particular fund in June of 2019.

According to the homepage for the fund:

“In the US, Burkitt lymphoma is very rare and more than 90 percent of children are cured and survive. In Malawi, it is the most common childhood cancer, and survival rate can be as low as 29%.”

A link for making donations without purchasing from the clothing line can be found on the fund’s homepage. Mark has since beaten cancer, an announcement he shared on Twitter in 2017.

After finding success as Porter Robinson, , VIRTUALSELF, to branch out with a more experimental sound.

The high prices and exclusivity limit the clothes to a niche market. But partnerships like this follow a trend typically seen in the hip-hop/rap scene through products like Kanye West’s Yeezys, and show a clear sign of the mainstreaming of EDM. Will you be purchasing from the VIRTUALSELF clothing line? Let us know!