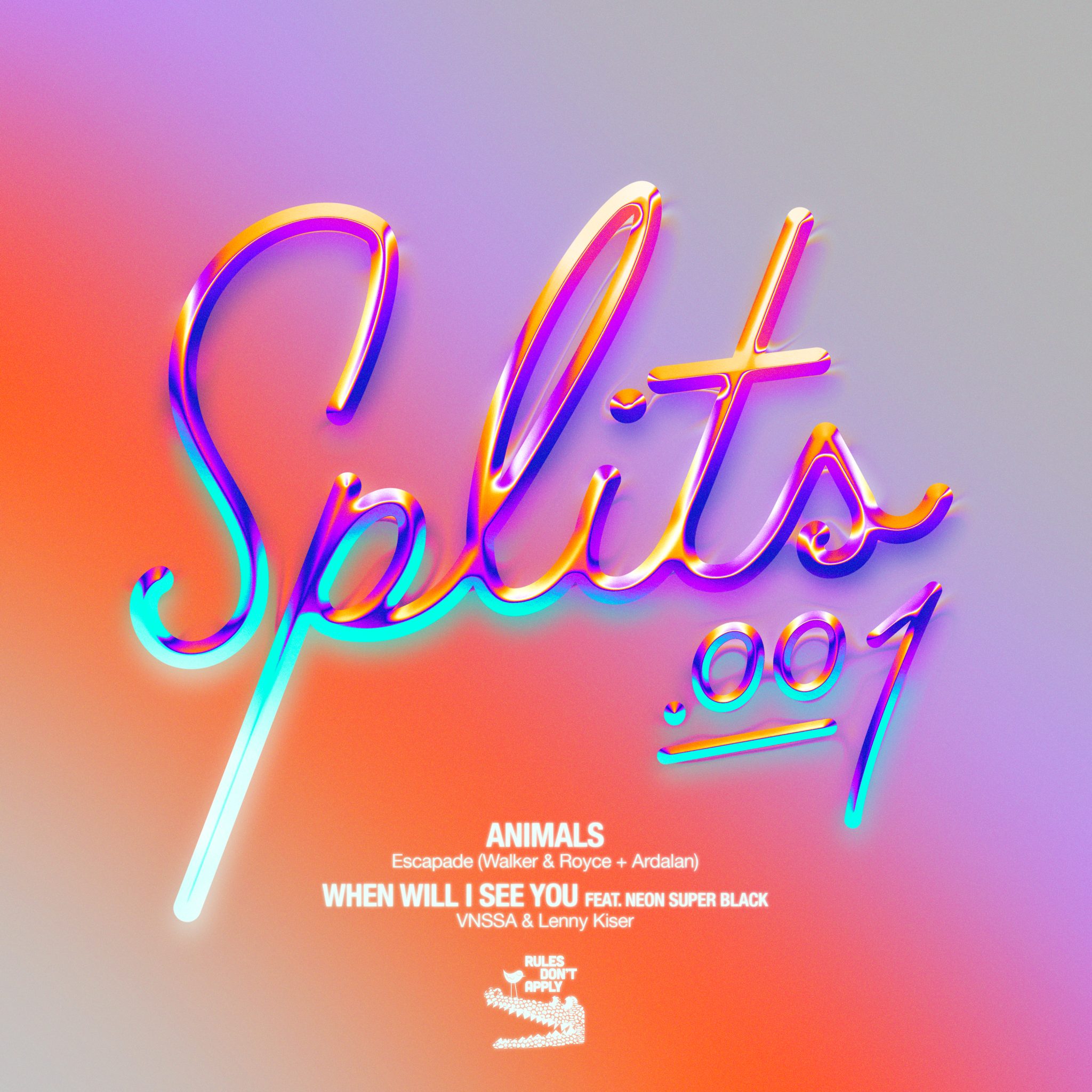 It’s release time, mah duuuuudes. Amongst the many new tracks that have been put out in the last few days, there’s one EP that definitely stands out. It is the latest from one of my favorite duos out there: . Today, they’ve shared a brand new 2-track EP titled ‘SPLITS 001′. This new EP is part of the latest project inside the duo’s very own label RDA Records. The ‘SPLITS’ series, however, will not only feature tracks from themselves. For this first release, the duo has recruited Ardalan, VNSSA & Lenny Kiser. The result is two huge bangers that are set to turn the dancefloor on fire this weekend!

It is no secret that Walker & Royce have had one of the most successful careers inside the underground house scene. The duo’s tracks stand out time and time again due to their motto ‘Rules Don’t Apply’. There’s no barrier they aren’t willing to cross in order to create a new sound that will take over the dancefloor. Now, with the release of this brand new EP, the duo brings back a couple of the biggest names they worked with. For the first track, the duo teams up with Ardalan to bring forward their new exciting project Escapade. Their new track ‘Animals’ is a hard-hitting, dark house track that defines the underground sound Walker & Royce have so carefully cultivated over the years.

About their new release, the duo said:

“The idea came together one day in New York City when Ardalan was in town and Gavin took him all over the city – on an escapade. Ardalan and I started it in the studio, then sent it to Sam, who worked on it and finished it remotely. The idea started with deep movie quotes, particularly the movie “Taxi Driver”. We were originally trying to sample the line from the movie and ended up just re-recording it.”

VNSSA & Lenny Kiser Hop On Board

The second track of ‘SPLITS 001’ sees the return of one of the producers responsible for what might be Walker & Royce’s most successful track. VNSSA makes her stellar debut alongside Lenny Kiser in the ‘Splits’ EP series with their new collab ‘When Will I See You’. A smooth track guided by a hard-hitting bassline, the two DJs deliver a beautiful dancefloor anthem once again.

About their new release, VNSSA said:

“Lenny is very easy to work with. He’s open to new ideas and making changes and is always willing to try something different, which I think is such an important quality to have as a producer. When you take chances and break the rules, that’s when the magic happens.”

It’s hard to get noticed on release Friday. However, these four DJs have done it without sweating. We see you, and we hope this is just the first of many ‘SPLITS’ episodes!