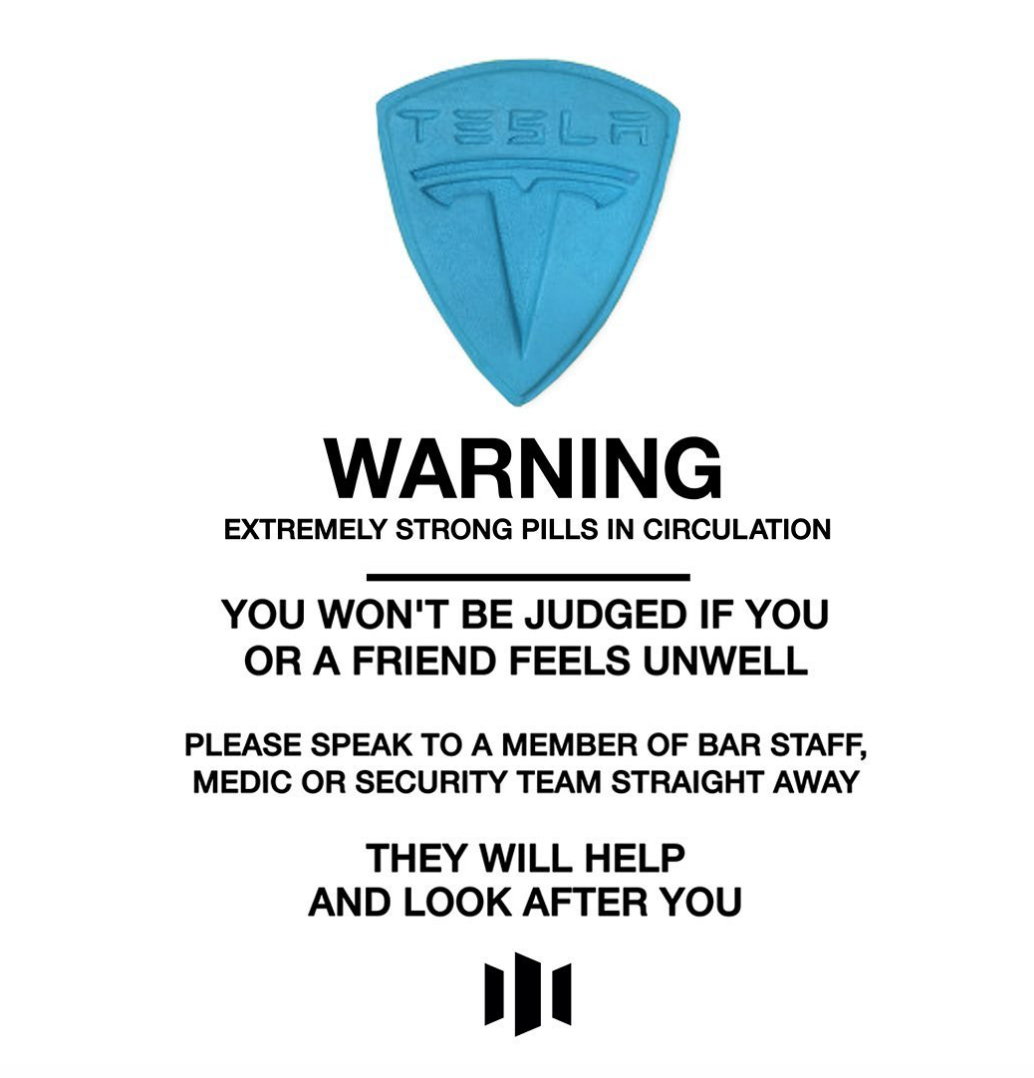 Tesla Ecstasy Pills always have a way of coming back around. They first started showing up in the mid-2010s. Many raved about their effects, but they always came with a A warning has just been issued in a number of UK cities for an “extremely strong” batch of blue Tesla pills.

Bristol club Motion put out a warning on social media last week after the death of one person. Many others were also hospitalized with the belief it is linked to these blue pills. A second person sadly passed away after feeling unwell at the London club The Cause. Two others that knew the 21-year old were also taken to the hospital. They are in stable condition. The Cause canceled their events for the remainder of the weekend.

It has not been confirmed whether these Blue Tesla pills were the cause of these two deaths. Post-mortem tests are set to occur but not yet scheduled. Warnings were also issued about yellowish green “Spongebob” pills that are in circulation around London.

Unfortunate events like this have reignited conversations around the importance of drug testing. It has been a topic for many years now. If governments changed how they viewed drugs and the laws around them, many lives may actually be saved. You will never stop people from taking these pills. Having people take the safest pill possible should be encouraged rather than discouraging the whole process.

Hopefully, the UK and U.S. governments can change their views on drugs and allow testing at festivals and clubs. Regardless, always remember to be safe and look after your friends.