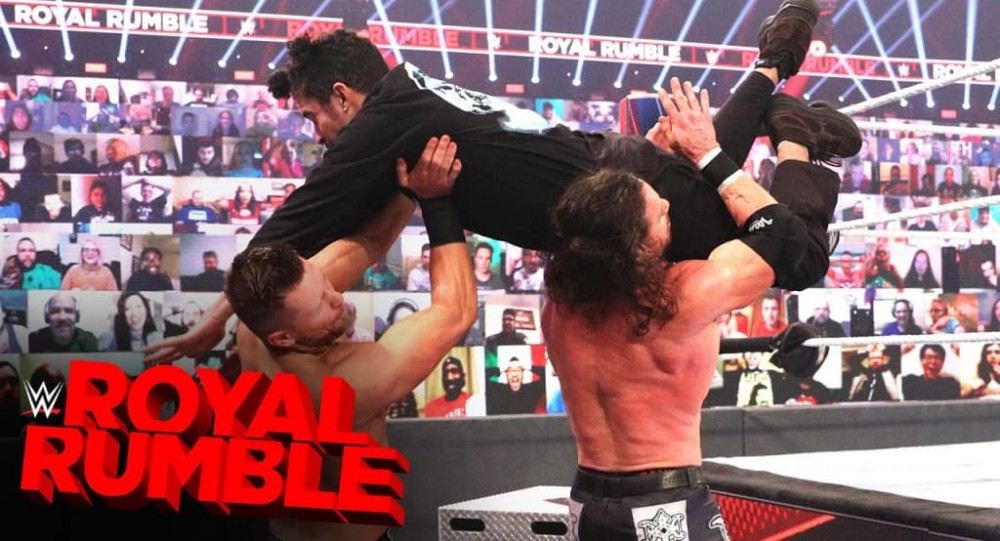 Bad Bunny has always been open about his WWE fandom, from the wrestling references in his music to putting “Ric Flair” in his video for “Chambea” back in 2017.

On Sunday, he took to the stage (and the ring) on the WWE’s second-biggest show of the year, Royal Rumble. Held virtually this year, Bad Bunny performed his El Último Tour Del Mundo track “Booker T,” named after the late 90’s/early 00’s WWE champion, in front of an audience of fans on video screens.

Later on in the show, Bad Bunny popped up in a skit involving wrestlers Miz and Jonn Morrisson trying to convince the Puerto Rican star to make a song with them. When that didn’t work, Miz smashes Bad Bunny’s DJ set up. Primed to get back at the duo, Bad Bunny leaps from the top rope, diving onto Miz and Morrisson just outside the ring.