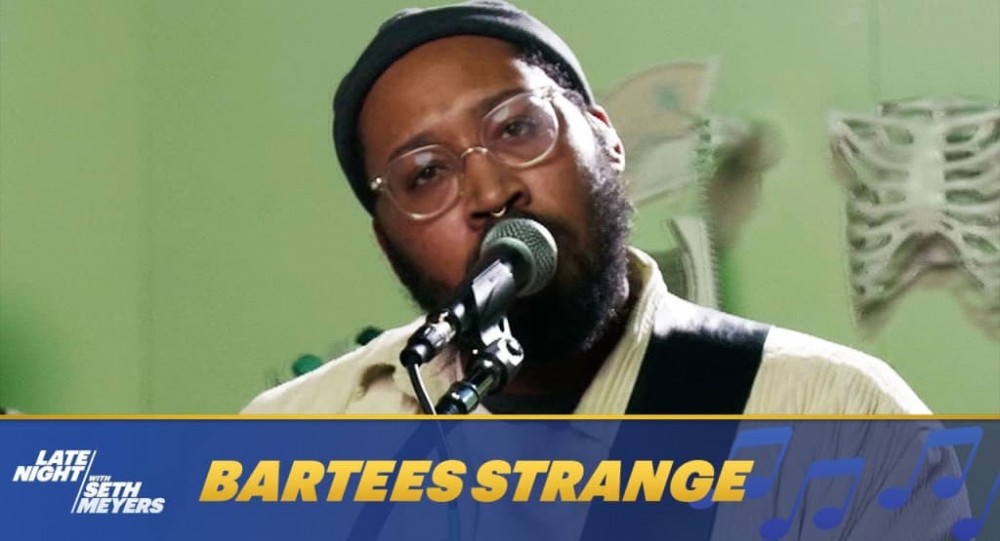 Singer-songwriter Bartees Strange took to the stage on Late Night With Seth Meyers on Monday, making his late-night television debut with his track “Boomer.”

Backed by a full band, Strange performed the track against a bright, trinket-filled soundstage, just the right amount of live show intimacy in a COVID-era world. The song, a highlight from Strange’s debut Live Forever (No. 13 on our list of the Best Albums of 2020), perfectly encapsulates his genre-defying style, pairing rapped verses with its full-out indie-rock hook.

Most recently, Strange joined Lorenzo Wolff for a cover Judee Sill’s 1973 classic “The Pearl,” set to appear on Wolff’s forthcoming tribute album, Down Where the Valleys are Low: Another Otherworld for Judee Sill.

Watch Strange’s performance of “Boomer” above.