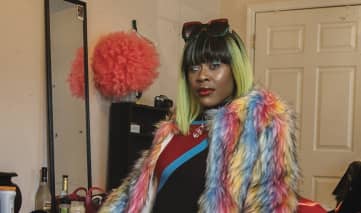 Rapper BbyMutha shared her new video “hateithere” on Tuesday. The track, which originally dropped back in December, finds BbyMutha bragging and ready to fight over bass-heavy production.

Its straightforward visuals play out like a day in the rapper’s life, even featuring a cameo from Fly Anakin, pairing clips of video game battles with its brawl-ready hook: “Let them hoes fight!”

Earlier this month, the rapper shared a 7-song EP Muthaleficent 2, her first project since her debut studio album Muthaland, which dropped last August and landed on our list of the 50 Best Albums of 2020.

Watch the video for “hateithere” above.