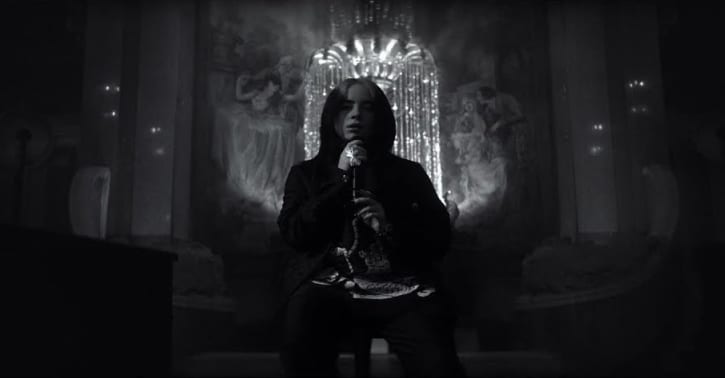 The new James Bond film, No Time To Die, may have been postponed to April 2021, but Billie Eilish is going full steam ahead in promoting her theme song for the film. Earlier this evening, Eilish and her brother and key collaborator FINNEAS stopped by The Tonight Show Starring Jimmy Fallon to perform the song and chat about her 11-trophy sweep at this year’s Grammys, among other things. Discussing her embarrassment at winning so many awards, Eilish told Fallon that, the next day, she received a phone call from Alicia Keys, who told her “don’t be embarrassed for being dope.” Watch the performance above, and a portion of the interview below.

“Don’t be embarrassed for being dope!”@aliciakeys called @billieeilish after her #GRAMMYs win to share some insight 🤩 #FallonTonight pic.twitter.com/qWhCduWj0z