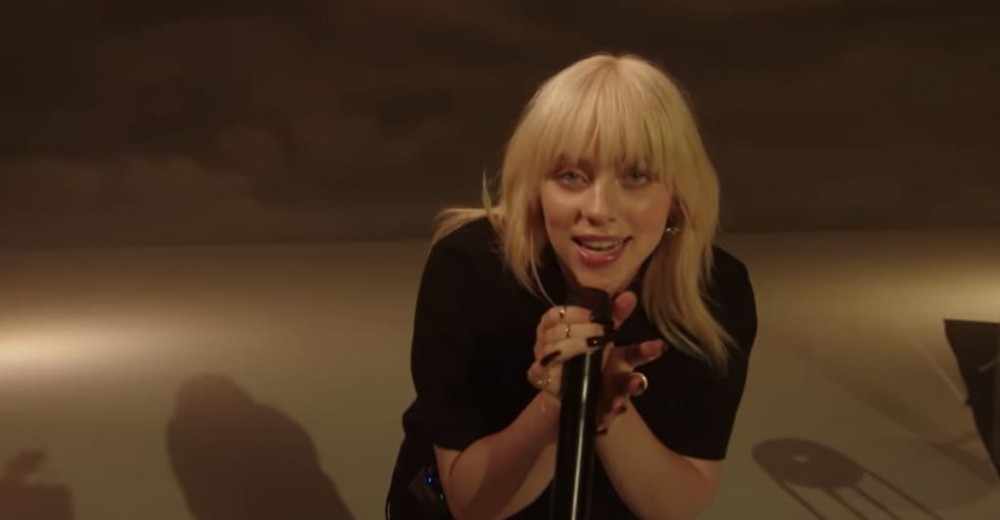 Billie Eilish’s sophomore record Happier Than Ever, which debuted at No. 1 on the Billboard 200 earlier this week, is pretty sedate until its final moments, when the whole thing rips open into a colossal, 90s-inflected rock song called “Happier Than Ever”. It’s a giant, instantly iconic moment that will go absolutely off in a live setting. That day is a little while off — Billie’s Happier Than Ever tour kicks off in 2022 — but until then, you can watch Billie and her producer-slash-brother FINNEAS tear through “Happier Than Ever” on The Tonight Show Starring Jimmy Fallon. Taking on the song in an in-studio performance, it’s a pretty faithful rendition of the track, but it’s worth watching for the grand, strobe-lit ending, where Billie and FINNEAS just go for it. Watch the whole thing above, and watch Billie interviewed by Fallon below.