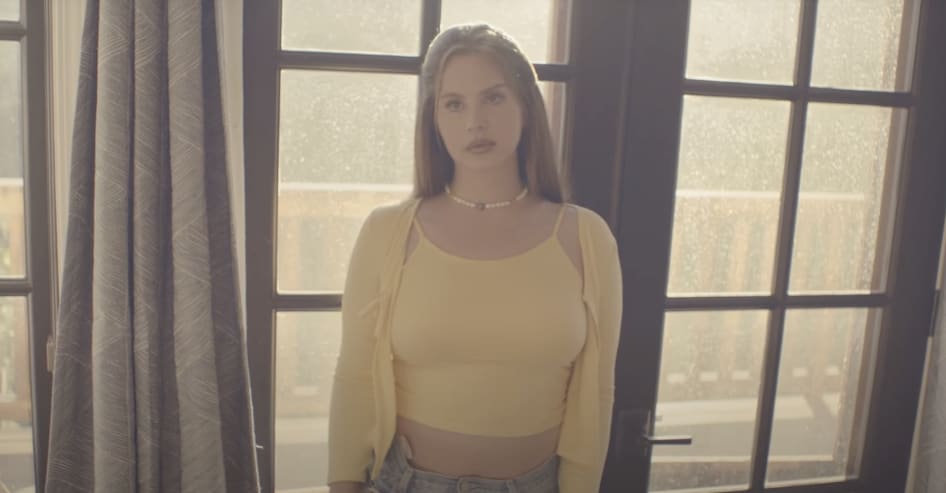 Lana Del Rey’s long-promised album Blue Banisters, previously titled Rock Candy Sweet, finally has a release date. The follow-up to this year’s Chemtrails Over The Country Club will be released on October 22. Del Rey shared three songs in May (“Textbook,” “Wildflower Wildfire,” and “Blue Banisters), and today she drops off another new one called “Arcadia” along with a self-directed music video.

In the clip for the piano-driven ballad, Del Rey floats through space as different California scenes are superimposed on her body. The video ends with some home movies soundtracked by a thunderous trap remix of “The Trio” by Ennio Morricone, a piece that originally appeared in the spaghetti western The Good, The Bad and The Ugly. It fits, and I can’t for the life of me figure out why.

Along with the music video, Del Rey shared an extensive statement on Blue Banisters. Read it below via Stereogum.

I guess you could say this album is about what it was like, what happened, and what it’s like now.

If you’re interested go back and listen to the first three songs I put out earlier. They chronicle the beginning. This song hits somewhere in the middle and by the time the record drops you will hear where we’re at today.

As much as the on going criticism has been trying, it at least has pushed me to explore my own family tree, to dig deep, and to continue to exhibit the fact that God only cares about how I move through the world.

And for all of the skepticism about feigning fragility and unreasonable explanations of not showing general accountability- I must say I’ve enjoyed moving through the world beautifully- as a woman with grace and dignity.

Thank you to my friends over the last 18 years who have been an example of attraction not promotion. I’ve never felt the need to promote myself or tell my story, but if you’re interested this album does tell it- and does pretty much nothing more.