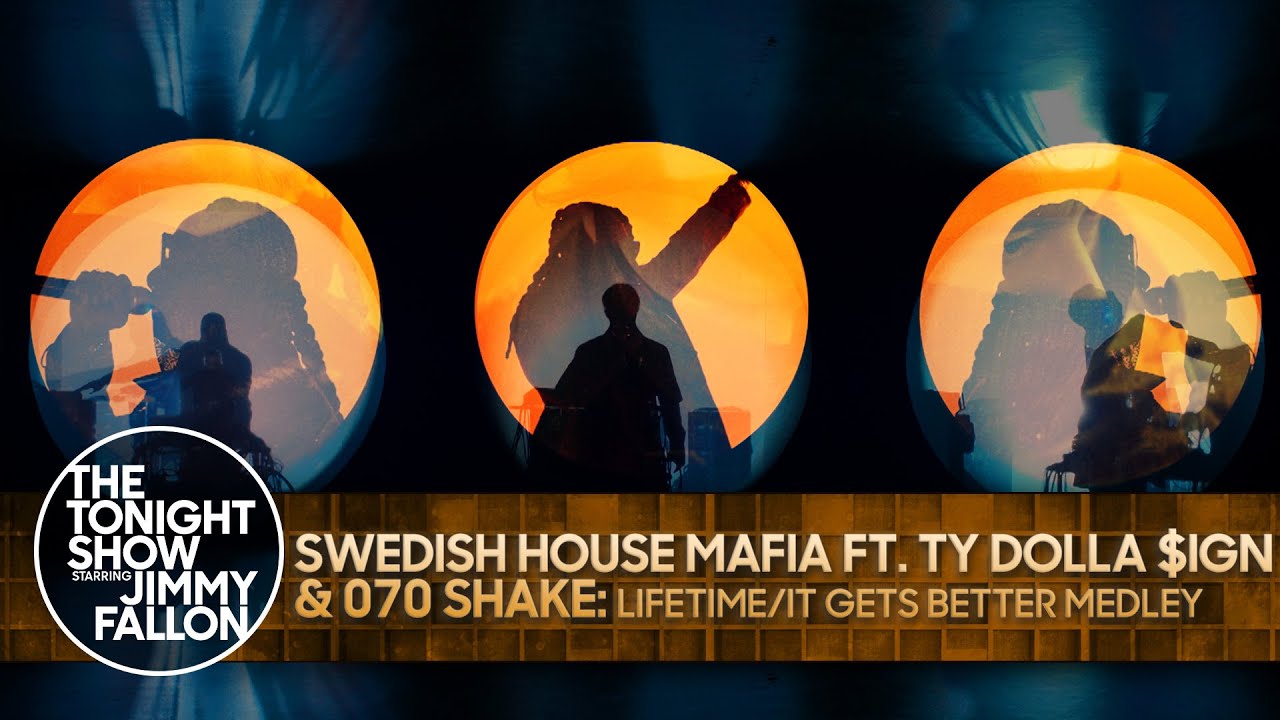 and Skrillex are releasing music. Is is 2012? No, it’s actually 2021 , but we’re here for it. EDM’s most famous trio is back in full force. After releasing two unexpected singles and announcing that their new album Paradise Again will be out this year, the trio has hit the top of the EDM news circuit. Now, to take it a step further, the Swedish House Mafia delivered a special performance at The Tonight Show Starring Jimmy Fallon. The performance included both their new releases. The show demonstrated the breadth of their new vision as well as their new visual theme.

The trio is obscured by shadow but the emphasis is on those iconic 3 circles representing each member of the group. You’ll note that each track has its own color to go along with it. ‘Lifetime’ gets a sunflare orange and ‘It Gets Better’ receives a dark blue. It’s a cool new take on the visual style for SHM and we’re excited to see it in full production sometime.

It’s been one power move after another for the Swedish House Mafia. Certainly, there’s much more in store from the trio. Their performance at Jimmy Fallon’s night show was one for the ages. Divided through 3 different setups, the trio performed ‘Lifetime’ and ‘It Gets Better’ to perfection. I like this setup way better than the one previously used as they were not crammed into a mixer and two CDJs anymore. There is no doubt this will be the standard Swedish House Mafia goes by from now on.

Performing Jimmy Fallon’s show is just the first step for Swedish House Mafia. There’s still a long way to go. Paradise Again is coming, and we couldn’t be more excited. So far, no disappointments. At least in my opinion. The Swedish House Mafia continues to demonstrate they can cover the whole spectrum of EDM whenever and however they want to. This is the return EDM needs so desperately. Idols of the golden era, taking the genre to a new place. Reuniting with the sounds that made EDM so famous, yet so unique. If you can’t see it and are still waiting for a repeat of what went down in 2012, I’m sorry to say you’ll be disappointed.

Make sure to stay tuned for more SHM news!