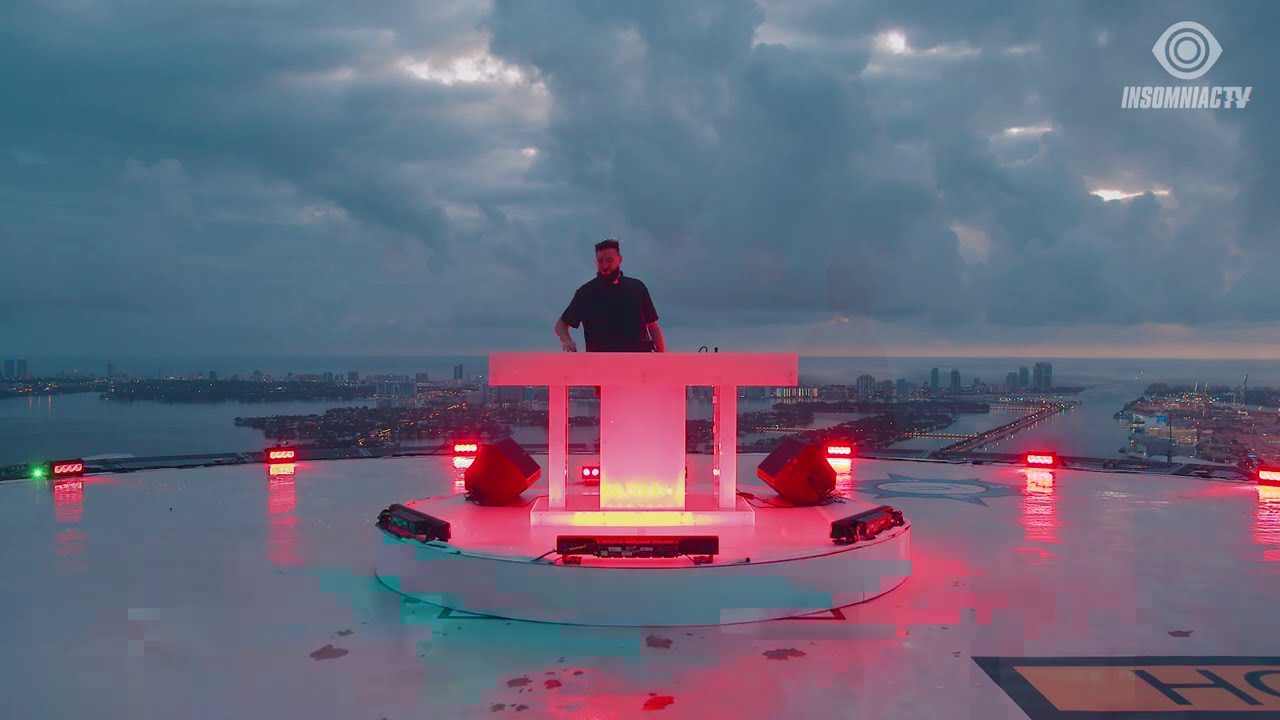 Did you tune into Tchami’s ‘‘ set over the weekend? Hosted by Insomniac, the French producer played atop the One Thousand Museum in Miami. An immaculate producer paired with a spectacular view means a killer set.

For those that missed it, you can view the entire set below. And for those that want to relive the moment, you can do so as well. Our favorite future house maestro topped off the year with his greatest singles and a most wanted ID. Yes, the ‘Webster Hall ID‘ is here and it plays as the sun peaks out of the clouds.

Flying solo on the helipad, it’s a wicked treat. You get Malaa, Hakstrakt, Dr. Fresch, and Taiki Nulight in there. The deep house and future bass just keep going. He starts off with a groovy vibe, filled with soul. Then he transitions into some deeper, hard-hitting notes followed by nu-disco moods. The helipad flashes lights in correspondence to his set which elevates the vibe. Have fun on this auditory journey because Tchami always puts on a killer set no matter where he’s playing. Jam to his newly released singles like ‘‘, ‘Faith‘, and ‘All On Me‘.

He throws it back with ‘Untrue’ to hit us the feels. Any other IDs that you can identify? We can only hope that he releases them all in the future. As he stands there with his signature attire on the monochromatic deck stand, he blesses us with his music. Miami is the perfect backdrop for this, with the water and skyline sitting silently in the background. Insomniac TV did a great job with the video.

Check out the tracklist here and don’t forget to smash the repeat button on Tchami’s video!