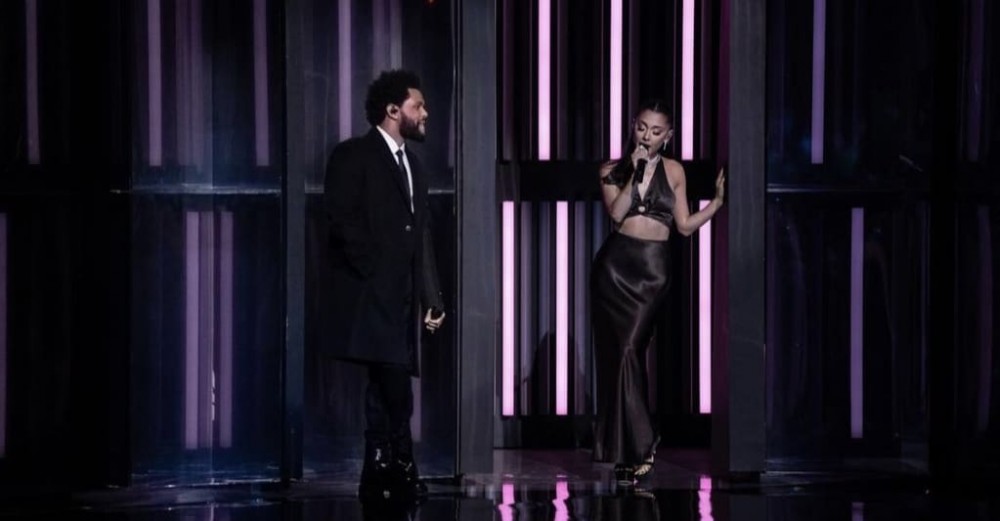 The Weeknd and Ariana Grande performed together at last night’s 2021 iHeartRadio Music Awards. The pair performed their version of “Save Your Tears,” a remix of The Weeknd’s After Hours single. Check out the performance above.

This year The Weeknd has made a number of high-profile live appearances, including his epic Super Bowl half-time show. He also dodged a series of high speed motor vehicles for a Billboard Awards performance and donned a Valentino raincoat and hat at the Brits. All of these awards show performances come in the wake of his decision to boycott The Grammys over what he sees as unfair voting systems.

Grande, meanwhile, has enjoyed a more low-key year in 2021, sharing a deluxe edition of her positions album and, earlier this month, marrying her partner Dalton Gomez.