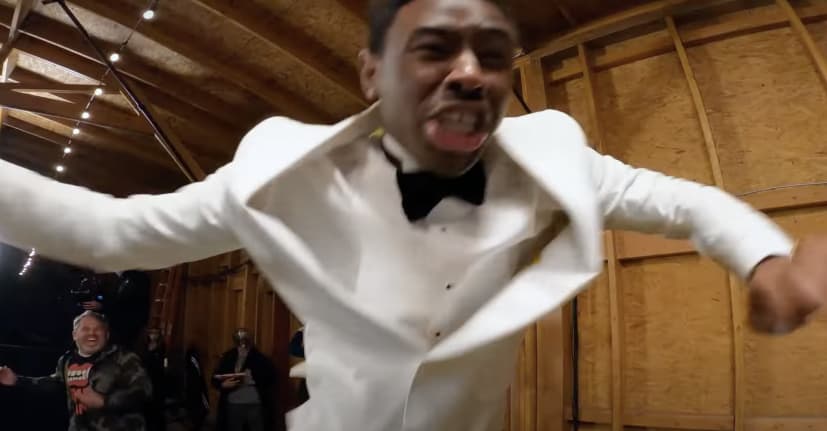 Forever young and still funny in the head. Check out the NEW trailer for #JackassForever and see our big dumb movie in theaters everywhere October 22, 2021. pic.twitter.com/9ymUlODTmP

This winter, Johnny Knoxville and his team of stuntpeople will share Jackass: Forever, the fourth installment in the beloved and influential filmed bodily harm series. It may be the final film to feature the original cast, but as Knoxville revealed in a recent GQ profile, Forever will star some new faces. Some of them appear in the first trailer for the film, released today.

Tyler, The Creator, Eric André, Machine Gun Kelly, and Jasper Dolphin all show up in the very funny, all-too-brief trailer. Tyler’s only in it for a second and appears to be getting electrocuted, but you get very clear footage of Jasper parachuting onto his head, Kelly getting hit into a pool by a giant hand, and Eric receiving a punch from an inflatable trap.